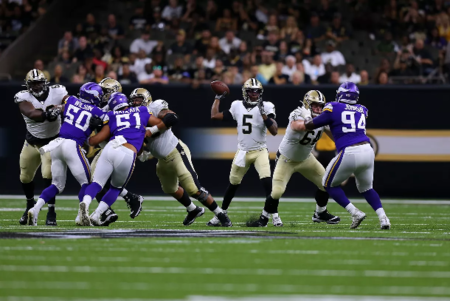 The New Orleans Saints take to the West Coast this week, as they prepare to take on the Los Angeles Chargers in their second preseason contest on Saturday evening. Prior to the game, the two teams will engage in joint scrimmages, a good test for two squads expected to be Super Bowl favorites in their respective conferences. While the starting units on each side are not expected to play more than a couple of series, the scrimmages between the two, there are plenty of important depth positions still up for grabs. Watching the stars of both teams square off should be entertaining, and a good gauge for where the Saints top units are at this stage. Here is a look at some of the other players to watch closest when New Orleans lines up against the Chargers.