NFC playoff picture: A shakeup at the top

There’s a new team atop the NFC West and a new team holding down the No. 1 seed in the conference as we head into the final four weeks of the regular season. Wins by the Saints last Thursday …

LEADERS
1. Saints(10-2) They’ve clinched the NFC South and a win over the 49ers at home this week will cement their spot at the top of the conference.

2. Seahawks (10-2) Monday’s win was their fifth in a row and they’ll be in first as long as the wins keep coming.

3. Packers (9-3) The Packers are at home the next two weeks before a Week 16 road date with the Vikings that could settle the NFC North.

4. Cowboys (6-6) They missed another opportunity to strengthen their hold on the NFC East and they’ll get another one Thursday in Chicago.

5. 49ers (10-2) They’ll have to adjust from being chased to being the chaser over the final weeks of the season.

6. Vikings (8-4) Head coach Mike Zimmer said Monday’s loss wasn’t the end of the world and they can right their ship against the reeling Lions this week.
OP
OP

Offline
OUTSIDE LOOKING IN
7. Rams (7-5) The offense finally came to life against Arizona; Can they get the same production against the Seahawks this week?

8. Bears (6-6) Beating the Lions keeps some hope alive, but a loss to the Cowboys would all but extinguish it.

9. Buccaneers (5-7) While they keep fighting and the schedule isn’t overly daunting, the Bucs likely dug themselves too deep a hole.

10. Eagles (5-7) As long as the Cowboys keep losing, the Eagles have a chance to snatch the NFC East if they can figure out how to win a few games.

11. Panthers (5-7) The playoffs would have been a long shot with a win over Washington and now they’re a pipe dream.

ELIMINATED
13. Lions (3-8-1) David Blough didn’t look overmatched in his NFL debut, although it still added up to another loss for the Lions.

14. Cardinals (3-8-1) Arizona’s given up at least 400 yards in each of the last five games and nine times overall this season.

16. Giants (2-10) If Andy Dalton can dial up another win or two in Cincinnati, the Giants may be on the clock the second the regular season ends.

NFC playoff picture: A shakeup at the top

There’s a new team atop the NFC West and a new team holding down the No. 1 seed in the conference as we head into the final four weeks of the regular season. Wins by the Saints last Thursday …

Nightshade said:
12. Washington (3-9) They can’t earn a Wild Card, but could still win the NFC East.
Click to expand...

thats hilarious at 3-9 they can still win the division. i hope it happens. be even better if the 49ers have to go to a 7-9 teams house (like saints/seattle in 2010) 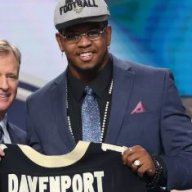 Offline
Tough to see how this plays out so it will make for a very interesting December.

We have to take care of business this weekend versus the Niners but after that, we don't have much of a threat other than a couple of AFC teams that will probably be in desperation mode.

Seahawks are playing great football right now but have to go on the road to play the Rams that *may* have just righted the ship. Rams are getting dangerously close to being eliminated....they'll be desperate. Seahawks also have to play the Niners again week Week 17. They'll lose one of those two games for sure so they're no better than 13-3.

Niners schedule after us is pretty rough depending on how much the Rams can get their act together. They'll have a freebie vs the Failclowns then Rams (who will hopefully still be in the hunt and desperate) and the Seahawks on the road to end the season. I'm thinking they finish 12-4.

Green Bay isn't much of a threat. They do benefit from an easy schedule other than a road visit to Vikings in Week 16. They're no better than 12-4. 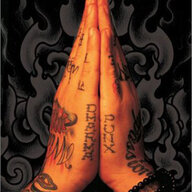 Offline
Honestly, the playoff picture as of today means nothing. It will mean something around 3:30 on Sunday afternoon.
OP
OP

I saw that too, I don't think I have ever seen a 3-9 team still in the hunt. Hopefully they can pull off the upset against the Packers and the Bears beat the Cowboys.

Offline
It looks like a Saints win over SF next week will give them a heavy advantage over anybody else since they will hold tie breakers over most anyone else. I would love to see the Saints secure the 1 seed before week 17 in order to give any starter that is iffy 2 weeks off.

I just realized that if that happens it will be the 3rd time the Saints locked up #1 in week 16 and have the Panthers in week 17.

Offline
All we have to do is take care of business, and we accomplish all our regular season goals. Simple

Easier said than done, although I'm thinking we'll have a good home field advantage this week with all that's on the line. Even though the niners have played in Seattle and have dealt with noise and hostility, they're going to be in for a surprise when they can't hear the play call on first and second down all game long.
Show hidden low quality content