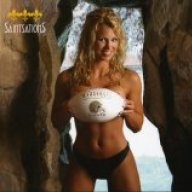 Offline
As a Saints fan across the pond, we have limited resources for staying abreast of happenings in the NFL! Although we get NFL total access we don't get any weekly publications. So could you guys please recommend any podcasts that are updated regulary that I could download and keep me afresh of the Saints and the NFL!For those fans that are visiting London for the game in October, will any of you attend a soccer game during your visit! Has anyone attended a soccer game before and how did the atmosphere compere to an NFL game? I hope to attend the London game but am hoping to take in a proper home game next time I can afford to visit my Auntie near NOLA as heard the noise and atmosphere in the dome is unbelievable!

Offline
I'm not sure of any podcasts, but if you keep an eye for the poster St.Chadwick's threads he posts links to audio interviews from our local radio station about the Saints. If there's any interview of note or anything important at all on the radio, he's got it up here within a few hours like clockwork. Do a search for him and you'll find some of his stuff.

Offline
Saintsreport is all you could want in a podcast and more.
OP

Offline
But you can never have enough! 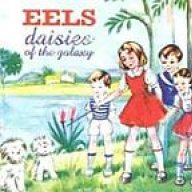 Offline
I do a Saints podcast. It's recorded weekly during the season and several times during the offseason. I haven't done an episode in a few weeks but I hope to record a new one this coming weekend.

Offline
I have never heard anything about the Saints before I read it here first.

As for the soccer game, I've been to several MLS games and one international friendly but nothing across the pond. I'm a huge Bayern Munich fan, though.

As for the atmosphere, the MLS games are fun and compare favorably to an NBA game. The attendance numbers are similar, too. The media refuses to say it but the last FC Dallas game had 17,000+ at it, which is great for NBA but for some reason the MLS is still 'fledgling'. They can't keep it down with lies forever.

The internationally friendly I went to was USMNT vs Mexico back in Feb. It destroyed any NFL game I went to as far as atmosphere is concerned, including the Saints/Philly 06 playoff game. It was freaking unbelievable.