guidomerkinsrules said:
um...how many times have you been pulled over?
Click to expand...

guidomerkinsrules said:
um...how many times have you been pulled over?
Click to expand...

I do have a lead foot

Taurus said:
This is the thing the spokespeople, media and news aren't getting across. It's the root of the problem with policing. It's what we saw with Chauvin, we see it here, we see it in almost all of these 'terrible cop' videos and stories.

It's the attitude these pigs display. Chauvin was literally killing a man with his hands in his pockets, sunglasses pushed up on his head like a Saturday stroll. This-here pig never acts concerned, surprised or even caring at all. He's so freaking callous about it. The driver could be dead, the car might catch on fire, but it ain't no thing to Officer Friendly there.

Remember that scene in Silence of the Lambs where they talk about how Lecter ate this nurse's tongue and his heart rate never went above 65? We have way, way too many cops in this country who're exactly like that.
Click to expand...

I have a lot of this feeling also. It seems to me that cops' (government in general really) basic first rule is, "Do whatever I say or face consequences up to me killing you."
I don't feel they are out to protect people and they see the public as adversaries. They are more like an occupying force.

The situation with the riots is similar.

People destroy private property and the cops did basically nothing.
People attack government property, and the police (who are just the force of government) are determined to find everyone involved and punish them to the full extent of their ability.
The people weren't rioting because some business owner did something wrong (even though they got their business looted and burned down), they were rioting because of what government did but quickly realized if they attacked government, there would be actual consequences.

Offline
This is an example of a good shoot... 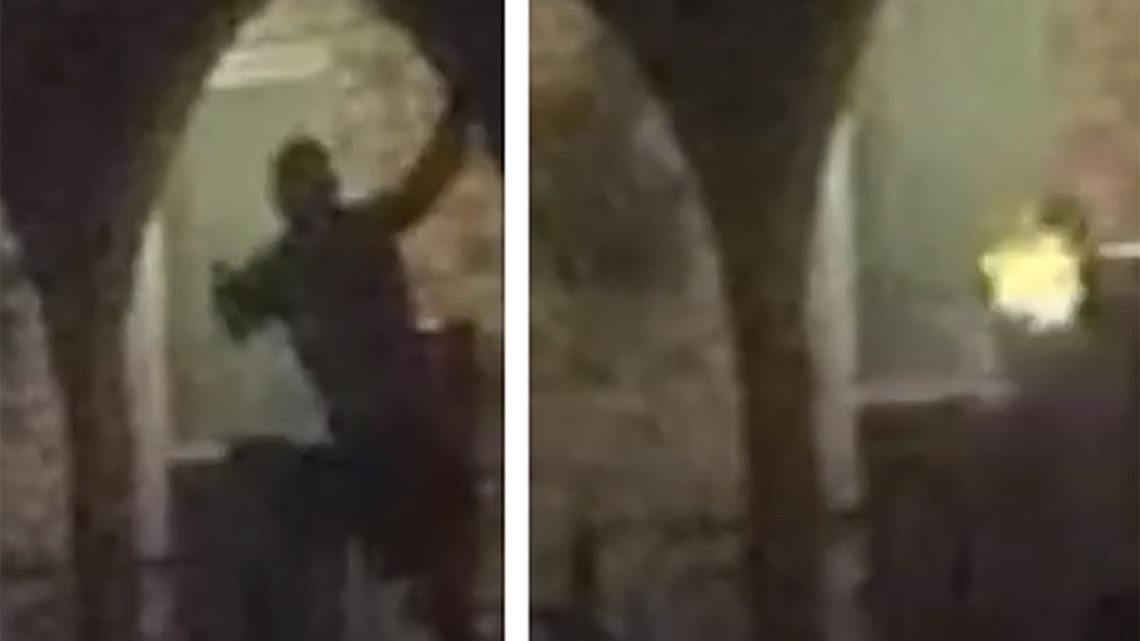 “There was no time for our officers to react in any way to defend themselves other than to use their weapons,” he said.

Offline
Law enforcement agencies across the country experienced a wave of retirements and departures and are struggling to recruit the next generation of police officers in the year since George Floyd was killed by a cop.

And amid the national reckoning on policing, communities are questioning who should become a police officer today.

Mass protests and calls for reforming or defunding the police, as well as the coronavirus pandemic, took their toll on officer morale. The rate of retirements at some departments rose 45% compared with the previous year, according to new research on nearly 200 law enforcement agencies conducted by the Washington-based Police Executive Research Forum and provided to The Associated Press. At the same time, hiring slowed by 5%, the group found.


The wave comes as local lawmakers have pledged to enact reforms — such as ending the policies that give officers immunity for their actions while on-duty — and say they’re committed to reshaping policing in the 21st century. And recruiters are increasingly looking for a different kind of recruit to join embattled departments.

Years ago, a candidate’s qualifications might be centered around his — yes, his — brawn. Now, police departments say they are seeking recruits who can use their brain. And they want those future officers to represent their communities.

I wanted to add that Liberty Lockdown podcast (The Twitter account here) is really good.
Listening to the most recent one and he has Maj Toure from Black Guns Matter on as a guest.

superchuck500 said:
Pregnant woman. Said she was afraid to pull over on the highway because there was no shoulder - so going to the next exit (slowly and with hazards on).

From the Ark Drivers License Guide. She did exactly like it said to do.

"just because its what you are supposed to do, doesn't mean it is what I wanted you to do"
He's trash, I hope the Dept gets sued for millions because we all know the officer will get ZERO discipline from this. When ever someone in the Dept can't get a raise or doesn't have the right equipment to do the job, they should thank him.. It should come out of THAT Dept budget...


A black teenager was filmed being surrounded by five white police officers and tasered after he allegedly ignored a request to stop vaping on a Maryland boardwalk.

Brian Anderson, 19, was zapped with the device in Ocean City, Maryland, on Saturday, despite his apparent cooperation with the five officers surrounding him, and was filmed tumbling to the ground moments later.

Anderson, who was seen holding his hands up at the start of the clip, was struck by the taser as he reached for the strap of his backpack. One eyewitness claimed Anderson had been asked by police to remove the bag from his back, although that order was not captured on the video since shared online............

some f bombs in video

Offline
I'm starting to think the BLM/Antifa riots/violence/looting/vandalism/property destruction/claims that everyone is a racist are not changing policing.
Maybe we could move to a plan B and focus on the actual offenders?

tomwaits said:
I'm starting to think the BLM/Antifa riots/violence/looting/vandalism/property destruction/claims that everyone is a racist are not changing policing.
Maybe we could move to a plan B and focus on the actual offenders?
Click to expand...

It always gets worse before it gets better....

tomwaits said:
I'm starting to think the BLM/Antifa riots/violence/looting/vandalism/property destruction/claims that everyone is a racist are not changing policing.
Maybe we could move to a plan B and focus on the actual offenders?
Click to expand...

Offline
sounds like he is saying everyone needs to keep their mouths shut and let police treat people however they want because people deserve to die over small things..

bigdaddysaints said:
sounds like he is saying everyone needs to keep their mouths shut and let police treat people however they want because people deserve to die over small things..
Click to expand...

I think he's actually saying we need to weed out the abusive officers first. It could be interpreted a bit differently given the wording though.

Offline
i assumed he was talking about the offenders, meaning the ones who were being "arrested"

Tapxe said:
I think he's actually saying we need to weed out the abusive officers first. It could be interpreted a bit differently given the wording though.
Click to expand...