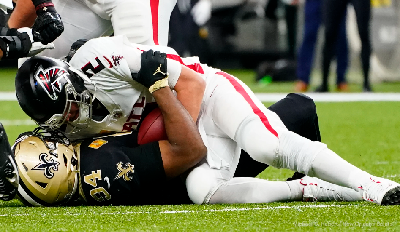 -With Sunday's win over the Atlanta Falcons, the New Orleans Saints improve to 8-2 and have won seven consecutive games, dating to a 35-29 Week 4 victory at Detroit. New Orleans returns to action on Sunday, Nov. 29 when it takes on the Denver Broncos at Empower Field at Mile High. Kickoff is set for 3:05 pm CT on Fox.

-The Saints have now recorded eight winning streaks of at least seven games, their fifth under Coach Sean Payton and their third in four seasons.