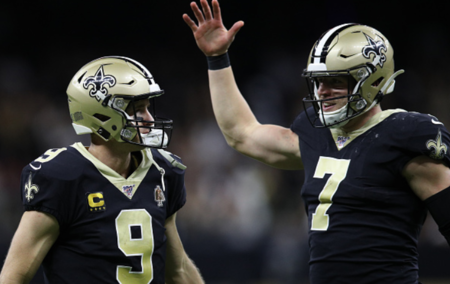 After a huge personal accomplishment by Drew Brees this past NFL season, he could’ve taken the moment to retire. Brees took the off-season with some full consideration of whether to retire or return to the New Orleans Saints. On March 17th, Brees and the Saints agreed on a two-year deal worth $50 million. As a result, their reliable backup quarterback in Teddy Bridgewater signed a three-year deal with the Carolina Panthers. The Saints were able to resign flex quarterback Taysom Hill and sign former starting Tampa Bay Buccaneers starter Jameis Winston on one-year deals.

The 41-year old quarterback in Brees still has energy left in the tank. There is the potential of Brees sticking with the Saints after his two-year deal but either party might decide to move on. New Orleans will need to look for their next franchise quarterback after Brees. There are plenty of options that New Orleans can utilize to acquire a future franchise quarterback. Some options are currently on the roster of the Saints while others may have to use free agency or the NFL Draft.