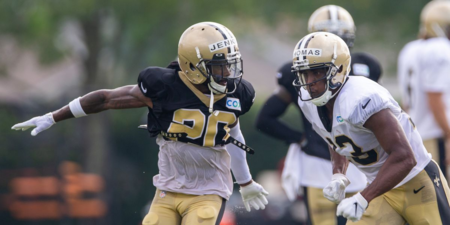 NEW ORLEANS (WVUE) - While the exact amount the 2021 salary cap has not been set, it’s reasonable to expect the Saints to be $90-$110 million over the salary cap. To get under that threshold, the Saints have some work to do. They’ll restructure some players to create space; they’ll extend others. But there’s no way to avoid the roster purge on the way. Here are some candidates who could become salary cap casualties (all numbers from overthecap.com).

Morstead has been a mainstay for the Saints since the team drafted him in 2009. In 2020, Morstead saw a dip in his production. Combine that with his $4.5 million cap hit, and Morstead could be a candidate to cut get cut. The Saints would save $2.5 million by doing so.

Alexander arrived via midseason trade and fit right in with the Saints locker room. However, his long history of injuries crept up again. A torn achilles ended his season prematurely. He’s carrying a $13.4 million cap number for 2021. Given the way his contract is structured, the Saints could cut him and save all $13.4 million. The Saints could also workout an extenstion for him if they want him to return.