Offline
How am I going to tell my wife that I love another woman?

whodatfever said:
How am I going to tell my wife that I love another woman?
Click to expand...

don't worry about it, I just texted her for you.

Offline
That's funny. She's so laid back. It makes her even hotter, if that's possible.

Online
BobE, unfortunately I can't add some green rep to ya since I haven't 'spread it around' lately...

nolaspe said:
BobE, unfortunately I can't add some green rep to ya since I haven't 'spread it around' lately...
Click to expand...

Took care of it for ya.

Offline
Background on why this interview was so charmingly odd, from Wikipedia's article about Chris Stark:

In March 2013, Chris was sent with ten minutes notice to a media junket for the film Oz the Great and Powerful in order to interview American actress Mila Kunis for the Scott Mills Show. The video was posted to YouTube by BBC Radio 1 and subsequently went viral. The interview caught the attention of the world's media due to its unorthodox nature, as Chris spoke for extended periods about his own life, explaining that he'd 'never done this kind of thing before'. Within days, the video had been viewed by six million people and Stark himself was interviewed by American entertainment and news shows such as Access Hollywood and CNN's Starting Point with Soledad O'Brien.
Click to expand...

The interview is so off-center; it's kind of like a slow-motion speed date.

Offline
She's a hardcore World of Warcraft raider as well.

Offline
Interestingly enough, he was unable to stand up for several minutes after the interview was over for " undisclosed reasons".

It's the whole "female captain" thing. Chicks seem to identify more with Janeway than with hardcore skirt chasers or old British dudes for some reason.

"Like a screen door in a Kansas twister" ties in better with her latest film. 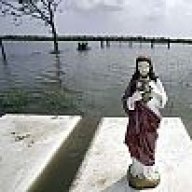 Offline
"Apparently, I say yes to everything..." 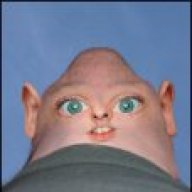