Previewing the Saints’ offense and praying for chaos (1 Viewer) 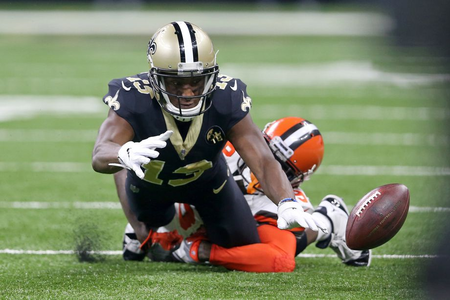 As we ramp up our analysis of the New Orleans Saints entering this all-important Week 11 game it’s important to remember a couple of things. First, football is chaos. More than we would like to believe the difference in a game comes down to pure luck. Second, they play the games for a reason. Sometimes good teams get beat by lesser teams because they just get outplayed.

Those two factors are, for the most part, impossible to predict. The Super Bowl Champion Philadelphia Eagles are massive underdogs and in desperate need of both of those factors going in their favor to beat a white hot Saints’ team.

On the 42nd installment of The Kist & Solak Show, we dove into the factors surrounding the two games where the Saints failed to score 30 points or more in the 2018 season. Perhaps those factors can lead the Eagles to victory, or at least a close game.

Obviously we did our normal in-depth breakdown of the Saints offense like we typically would on any preview show, but I feel the above message is important to keep in mind. As such, I loosely transcribed a portion of the show dedicated to said topic. ...