Offline
Prison Break fans should attest that the best seasons of the show came early on, while the concept was fresh and the the characters were...well, breaking out of prison. So it's good news that the upcoming Prison Break game will run in parallel to the first season of the show, and will add to the existing story arc while incorporating stealth and action gameplay. We got to see it for the first time at Gamescom Cologne, going deep undercover to find out what the Schofield brothers were up to.

You'll play Tom Paxton, an agent of the mysterious 'Company' who's sent in to the Fox River State Penitentiary to find out more about Michael Schofield. Schofield has come to the prison under mysterious circumstances--he performed a bank robbery, but as a brilliant structural engineer, he had no reason to do so. It's therefore your job to find out what's really going on, while also digging deeper into the Company's real motives.

Our demo started as Paxton and Michael Schofield boarded the same bus heading for the prison. Paxton is busy taking voice notes of everything that's going on, as he's dubious about the Company and its ulterior motives. Michael, meanwhile, immediately rendezvous with his brother, who he's really there to break out.

The game contains many different types of gameplay. When you get grabbed, a Quick Time Event is initiated where you have to press the right buttons to escape. There's also fighting, first against T-Bag, then training with C-Note using weights and a punch bag. The prison has an underground 'Fight Club', supported by the guards, and you can enter it and take on tougher enemies, earning currency to buy new tattoos for your character.

Supporting all this is the need to build up relationships in the prison, so that you can finish your assignment and find out what the Schofield brothers are up to. Nearly all of the characters in the game are voiced by the original actors, with the notable exception of Dr. Sara Tancredi. The character likenesses are excellent, and developer ZootFly has built an engine that's great at doing characters.

Prison Break will be released on PC, Xbox 360 and PS3 in 2010. We hope to bring you more on the game in the coming months.

Online
I found the show pretty difficult to get into. I can't imagine the game being very good.

buzd said:
I found the show pretty difficult to get into. I can't imagine the game being very good.
Click to expand...

Wow. Great show, hated to see it end even though it had run its course. 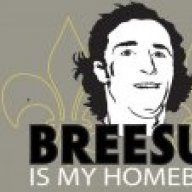