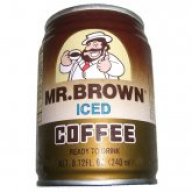 Offline
Just picked up the Lindy's and Pro Football Weekly draft guides this past weekend. I wanted to provide some info regarding the downside of CB Mike Jenkins which, until now, I had no prior knowledge of:

Downside:
Plays down to the level of competition. Has poor practice habits - finds excuses not to practice, does not understand why it's important and relies way too much on his natural talent. Has been coddled throughout college and expects prima donna treatment. Takes too many plays off on the field. Tends to freelance and do his own thing, in part because of his lack of discipline. Will turn down some contact and is a very selective hitter. Only hits when he feel like it. Average ball skills. Marginal hands. Tight in the hips. Does not like to participate in special teams. Lacks mental toughness.

Not the kinda guy I want to have in the backfield. I think we should bypass him at 10, hopefully DRC of McKelvin is there although both might be gone considering the needs of New England and Baltimore. If so, Rivers might not be such a bad idea if we can't trade down...

Offline
Yeah I don't even see him being on our radar...........not that I would no,but I just don't remember him getting many prop's at the combine.He has been touted as a 1st rounder since the ending of the season but I could see him falling and Flowers and LM moving ahead of him,which I think most Mocks already have it that way.

Tennessee State CB Dominique Rodgers-Cromartie has the pure speed and upside that could position him as high as the second round. He is a smooth, fluid athlete who can run and pedal with natural movement skills. He is a ballhawk in a similar mold as Jaguars CB Rashean Mathis, who was drafted 39th overall by the Jaguars in 2003, although more wiry. He is athletic, will go up to play the ball in the air and has shown potential as a kickoff returner. The big question that he will have to overcome is his toughness, given that he does not like to hit and plays too soft in run support. He is able to get by vs. lesser competition in college, but good NFL offensive coordinators will exploit his tackling deficiency and seek to run at him, forcing him to bow up and play the run.
Click to expand...

Offline
He sounds like a guy that is super talented, but needs to play with more discipline.

I still wouldn't mind us taking Jenkins, he's second to only DRC.

Offline
If a magazine knows it, then Payton is well aware also. Doesn't sound like a Payton kind of guy to me.

Offline
If Jenkins has that kind of rep I can't see Payton taking a shine to him unless he drops to the 3rd round or something crazy.
Show hidden low quality content