Protesters to tear down Andrew Jackson Statue this weekend... (1 Viewer)

NEW ORLEANS (WVUE) -
A group is promising to rip down the Andrew Jackson statue in Jackson Square this weekend. They say the City of New Orleans is dragging its feet on the removal of four Confederate-era monuments set for removal.

The Jackson statue is not one of them.

The group Take 'Em Down NOLA says this is not a threat, it's a promise. And they say they have waited long enough for the removal of what they see as monuments that have been erected to promote white supremacy.
Click to expand...

"We're going to go to Jackson Square. We're going to put ropes around Andrew Jackson and we're going to take him down off his pedestal," Take 'Em Down organizer and longtime civil rights activist Malcolm Suber said during a forum the group held Thursday.
Click to expand...

Offline
I'm against removing any of these statues from New Orleans, they are part of the city's history.
OP

nah. If that is what they wanted they just would have started doing it. By putting your intentions out before hand it is basically a backdoor way of saying "please come up with some non-lethal way to stop us"
OP

Offline
guess you right... gonna be interesting for sure though...

Joe OKC said:
guess you right... gonna be interesting for sure though...
Click to expand...

certainly seems to have that potential. But my guess is anticlimactic.

billinms said:
I'm against removing any of these statues from New Orleans, they are part of the city's history.
Click to expand...

I don't know about each of them, and certainly not this one, and certainly not by mob force, but defending keeping every one as history is ridiculous. The Lee statue had zero to do with NOLA and was just embodying abstract respect for Confederacy and slavery, so I do know that while I'd miss Lee Circle I have zero problems with pulling down a statue of a guy that fought on the morally wrong side of a war and had no ties to the city.

Saying it's history so keep the immoral stuff up would justify keeping the Swastikas and Reich Eagles above the Brandenburg Gates in Berlin, or keeping a statue of Himmler giving a big sieg heil up on a pedestal. Unthinkable to Germans. It should be equally unthinkable for us outside of some strong extenuating historical circumstance (at a battlefield or fort or significant location for history and the individual), some tie to the community that goes beyond the figure's negative role in history, etc. I'd have no issue at all with a Lee statue in Fredricksburg or Lexington VA where it matters.

Generic in your face we used to own you ******s statues and flags have no place in modern civic spaces, especially abstractly related symbols. A city with gigantic rebel flags and monuments to civil war generals in Nebraska would be very different from the South. Within the south if it's going to be in a dominating urban spot, it needs very strong connection to that urban spot and a reason for remaining. At a historical site, sure. At a park with a strong local tie to the city and some kind of center or at least a wall and set of plaques making about education and not glorification, sure.

A giant general who never spent a month in the city, never fought a major battle near the city is really just an abstract symbol of supporting Confederate values and the South will rise again racist BS. That one is the one I know needs to go. The rest, dunno so much. Still, saying "it's history" doesn't justify having blatantly taunting racist or otherwise immoral old things celebrated in with urban monuments.

Offline
Andrew Jackson is basically the only racist historical figure that deserves a monument in New Orleans, he did literally save the city from destruction in the Battle of New Orleans. Seems like a poor selection by this group, but I guess the Lee statue monument would be too unsafe to pull down, and the Jefferson Davis monument isn't as high profile as Jackson Square.

billinms said:
I'm against removing any of these statues from New Orleans, they are part of the city's history.
Click to expand... 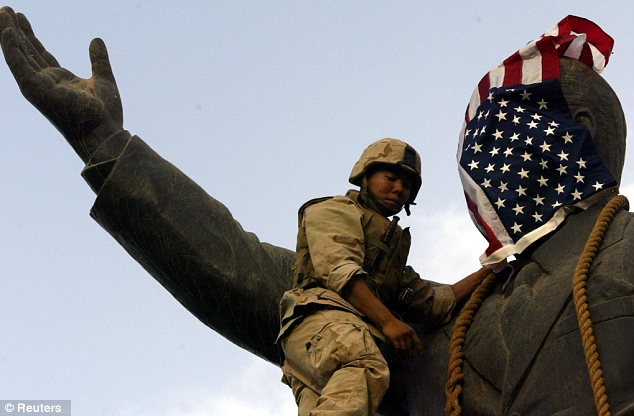 This appears to be sarcasm, which indicates you don't know much about the kind of man Andrew Jackson was.


His first effort at Indian fighting was waging a war against the Creeks. President Jefferson had appointed him to appropriate Creek and Cherokee lands. In his brutal military campaigns against Indians, Andrew Jackson recommended that troops systematically kill Indian women and children after massacres in order to complete the extermination.

As a major general in 1818, Jackson invaded Spanish Florida chasing fugitive slaves who had escaped with the intent of returning them to their “owners,” and sparked the First Seminole War. During the conflict, Jackson captured two British men, Alexander George Arbuthnot and Robert C. Ambrister, who were living among the Seminoles. The Seminoles had resisted Jackson’s invasion of their land. One of the men had written about his support for the Seminoles’ land and treaty rights in letters found on a boat. Jackson used the “evidence” to accuse the men of “inciting” the Seminoles to “savage warfare” against the U.S. He convened a “special court martial” tribunal then had the men executed. “His actions were a study in flagrant disobedience, gross inequality and premeditated ruthlessness… he swept through Florida, crushed the Indians, executed Arbuthnot and Ambrister, and violated nearly every standard of justice,” Wyatt-Brown wrote.

Nothing like a battle of which guy is more sinister at ethnic cleansing. Deplorable.
Show hidden low quality content