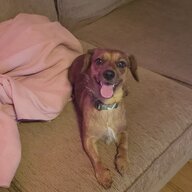 xpuma20x said:
I went through this thread and updated a full list so people can easily find other's names. Sorry ahead of time if I spelled anyone's name incorrectly or whatever. So here it is:

However I am rarely gaming online these days.

How's NBA2K8 online? I had 2k7 I believe. When I tried it online, me and my buddy that I was playing with would foul every possession and then miss the freethrows because they were harder than hell to make. I never played it online again. It sucked.

Get Warhawk. Everybody get it. If you have it, play it.

I don't know if you play it or not, but I added you.

AsaPW said:
How's NBA2K8 online? I had 2k7 I believe. When I tried it online, me and my buddy that I was playing with would foul every possession and then miss the freethrows because they were harder than hell to make. I never played it online again. It sucked.
Click to expand...


NBA 2K8 is a bunch of fun online if you play with a non-cheeser. With someone who shoots 3s or dunks every possession its incredibly frustrating. However, they make you provide feedback after every game you play so you can pretty much the sim players and the cheesers from that.

Offline
what is cheeser?

Someone who always does the same stuff in online games, and ruins it. If you quit the game because they are so annoying you will get a DNF.
They are the people who in NBA 2k8 get a fast break and try and shoot a 3, then when you are beating them they just switch off their console.
In Madden they will think they are an ingenious playcaller, by audibleing a PA Rollout on 4th and 18 at their own 1 when they see you've called a punt block. They also call blitzes every play on defense. Then when you realize exactly what they are doing, and score on 6 screen passes, they offer to mutually end the game so it doesn't count. When you decline, they do it again after the next 5 plays, then they turn the game off in the 4th quarter so your win doesn't count.
I have only been online for 3 days because my PS3 wouldn't connect, and I got it replaced, but I must have had about 10 games with cheesers in Madden, NCAA, Fifa, and NBA 2k8, and they are so annoying. 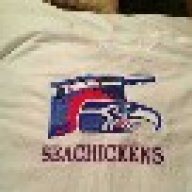 Offline
My user name is Krakkan and I play warhawk ALL the time plus have OD add-on. Feel free to add me guys and also if anyone has or wants to start a warhawk clan lets get it up.
Show hidden low quality content