I always had mixed feelings about the uniform, but admired him as a committed conservative who didn't let his politics get in the way of his science.

Unlike his predecessors and many of his successors, who were largely figureheads, Koop initiated a new era of influence for surgeons general by turning the post into a national bully pulpit. He used his eight years as the nation's top doctor to express his opinions on the country's most urgent public health problems -- often to the chagrin and irritation of the man who had appointed him, President Ronald Reagan.

He surprised and delighted his early critics -- and angered those right-wing constituents who initially had supported him -- by applying a scrupulous public health approach to every policy issue that confronted him, regardless of his personal views.

He used his public platform to launch a relentless campaign against smoking, to defend the rights of deformed newborns and -- in a landmark report to the public -- to call for early childhood sex education and the use of condoms in the fight against the AIDS epidemic. Moreover, he condemned AIDS-related discrimination, calling for compassion for those suffering from the deadly disease.

He was an avowed opponent of abortion, but frowned upon the radical tactics of many anti-abortion groups. He also opposed reversing Roe vs. Wade -- the Supreme Court decision that guaranteed a woman's right to abortion -- and instead advocated increased education about contraception to end the need for abortion.

Conservatives were infuriated with Koop, and attacked him for abandoning his constituency. At the same time, liberals applauded his transformation. Koop, amused at the uproar, scoffed at both groups and insisted that he had undergone no changes during his tenure. He said he simply believed that politics and personal views had no place in making public health policy. 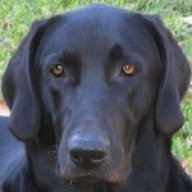 I always had mixed feelings about the uniform, but admired him as a committed conservative who didn't let his politics get in the way of his science.
Click to expand...

The uniform is because the Surgeon General is the head of the Public Health Service, which is a "uniformed service" like the Army or Navy, though it's organized under HHS not DOD (like how the Coast Guard is DHS).

Sad news about Dr. Koop. The early years of the AIDS epidemic are dark ones for America, but Koop's going to go down in history as one of the heroes.

Plus he gave us LifeAlert

Offline
I always wondered why his parents would name him Chicken with the last name Koop....