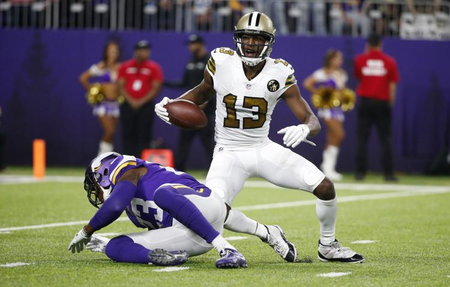 Nine months later, this might be where those dreams came into sharper focus.

No miracle finishes came to the Minnesota Vikings’ rescue this time. Yes, there were times when the Saints’ pass defense took on that matadorish quality of the "Minnesota Miracle" divisional playoff game. But ultimately, it was the Saints making enough big plays on both sides of the ball to forge a second straight impressive road victory, this by a 30-20 count Sunday night.

Last Sunday’s 24-23 win at Baltimore was impressive for the fact that it came out in the elements where the Saints play a minority of their games, New Orleans’ No. 1-ranked offense coming to blows with the NFL’s No. 1 defense. It might have even been wind that pushed Justin Tucker’s seemingly straight-arrow extra point attempt that would have sent the game to overtime wide right, but in the NFL you gratefully take your good fortune and move on....