Rabalais: Who is going to beat dem Saints? After throttling the Eagles it's a fair question (1 Viewer) 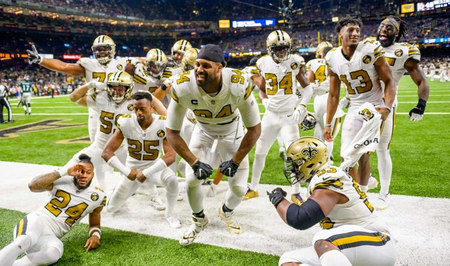 This is what the New Orleans Saints reduced the reigning Super Bowl champion Philadelphia Eagles to during their 48-7 win Sunday:

• Their punter, Cameron Johnston, made a pile-driving tackle on Alvin Kamara out of apparent frustration, a play that after Josh Adams’ lonely 28-yard touchdown run was probably Philly’s next best highlight.

• Eagles quarterback Carson Wentz was intercepted by Chris Banjo — the first of two picks for the backup free safety and one of three overall for the Saints — and went begging for a penalty to save him. Not on New Orleans, but to say he was over the line of scrimmage.

Wentz didn’t get the call. All the Eagles got for their weekend in New Orleans was knowing what it feels like to be a crushed beer can tossed in a gutter on Bourbon Street after a dissection in the Mercedes-Benz Superdome. ...