Rams and Chargers will be featured on 'Hard Knocks' (1 Viewer)

Offline
Ever notice that it's the sorry teams that are on this show?

Offline
Assuming that the facitlity will be completed & that there will be a season.

Offline
may it be an especially hard knock for the Rams.

and may they be able to convince the Chargers that they matter. 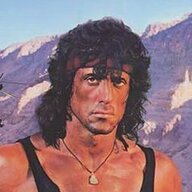 Offline
God they are pushing L.A. in the NFL so hard.

Offline
Both teams had to have volunteered because not only did the Rams and Chargers both make the playoffs in 2018, but the Rams did the show back in 2016.

For those unfamiliar, if no teams volunteer, the NFL can force a team to do it if they fail to meet a few criteria: if they made the playoffs in either of the previous two seasons, if they have a 1st year head coach, or if they’ve done the show in the last 10 years.

However looking at the teams that were eligible to be forced into doing it this year, not much intrigue there: Broncos, Steelers, Jaguars, Lions, Cardinals

Also, there likely goes our annual joint practices with the Chargers. Payton don’t do Hard Knocks. If I’m remembering right, he cancelled a planned joint-practice with I believe the Texans after it was announced the Texans would be on the show in 2015.

Saints and Texans to hold joint practices during preseason - May 4th, 2015

Saints coach Sean Payton didn't say "Hard Knocks," the HBO series that will feature the Texans in August, was the reason he ditched the Texans for New England but admitted it figured into the decision.
Click to expand...