#saints coach Sean Payton says he expects this will be the week Sheldon Rankins makes his debut. This is 1st week he's eligible to play.
Click to expand... 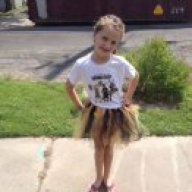 Offline
I wonder what number he will be ?

the bank said:
I wonder what number he will be ?
Click to expand...

Idk but I hope it has quarterback blood on it

Offline
I can't wait to see what the big man can do! I'm assuming that if he does play this week he'll be on a limited snap count.

Offline
I'm not expecting much the first weekend back, although I would be be very happy to be proven wrong

Offline
Rankins and Breaux back, could be the start of something special, even if we happen to fall short of the playoffs this year, the near future looks bright!

Online
Man, if Fairley and Onyamama can play well, it will open things up for Rankins to wreck shop on Kaep or Gabbert. I am very excited to see what happens.

the bank said:
I wonder what number he will be ?
Click to expand...

I'm pretty sure he took #98, which was his college number, once we signed Kruger.

Man this team really is getting healthy at the right time. Just think, what if this guy is indeed the next Aaron Donald, and can provide that same sort of plug-and-play juice to our defense that Donald did?

Getting both Rankins and Breaux back could potentially be like adding two Pro Bowlers to our defense.

expects this will be the week Sheldon Rankins makes his debut
Click to expand...

Offline
Yes, i'm too excited about him playing. What a great game for him to play in also against the 49ers. The reason i say this is because im sure he will be hype for the game and i believe that the saints will need that extra hype against a team that has been struggling and i'm sure the saints will get their best efforts. We need to take over the NFC West. WhoDat 4 Life

Offline
did anyone else besides mountaineer dude expect less? There was no reason to divulge Rankins playing early other than to allow the other team to include him in their tape study. Harbaugh has done it at times with Terrell Suggs coming off of IR as well as others.

The real surprise will be if he starts which will quickly confirm that the guy is the real deal. Thomas has been a monster but Rankins was really the crown Jewel of this class. I expect a few growing pains but judging by the comments from Payton and others the kid is already a pro's pro and should come back and make a fairly early impact. 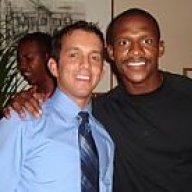 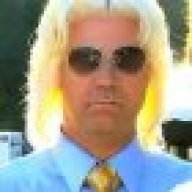 Offline
I don't know what to expect from Rankins. I've never seen him play. I know he did really well at the Combine, but so did Stephone Anthony. I read a pre-draft report that said that Rankins doesn't play as well in games as he looks in workouts, so that's concerning. I'm really hoping he's another LaRoi Glover.

AshleyShaffer said:
I don't know what to expect from Rankins. I've never seen him play. I know he did really well at the Combine, but so did Stephone Anthony. I read a pre-draft report that said that Rankins doesn't play as well in games as he looks in workouts, so that's concerning. I'm really hoping he's another LaRoi Glover.
Click to expand...

He had an INT off of Brady in TC where he read the screen and stepped right into it.

He beat a guard in the first pre-season game to his outside shoulder within 3 steps off the LOS and if it wasn't for a 3step drop would have likely had a sack.

Recognized a screen in that same game and chased it down for what was a 7yd gain. If not for him would have gone for 20+ as it was definitely a solo tackle.


The coaches were able to see tape of him in practice (they record all of this). He started off on the 2nd team. 1 Week in he'd surpassed Fairley and was named the starter at 3tech. Fairley has 3 sacks on the year....and they felt he offered more than Fairley did at the time.


We as fans are so quick to say "we" haven't seen anything from him when what we see is only a minute portion of what the coaches see day in and day out. They had roughly a month or so to evaluate who he was. Several practices, a scrimmage with the Pats and 1 game I believe.


The cupboard is not bare as to what he's proven he's capable of providing. Only to fans it is.


As far as the games you can kind of blame that on his position. He was used as the LDE in a 3-4 scheme. He was likely 2gapping a lot meaning he wasn't allowed many 1 on 1's. As a 3Tech he'll have the opportunity for far more 1 on 1's against lesser athletes at G(You could see him bullrush LT's a lot his senior season but thats a mismatch for him and yet he'd still dent the pocket) You could see what he did against G's in his senior bowl practices. He's not as quick as LT/RT's(can hold his own) but hes quicker than most G's and C's.
Show hidden low quality content