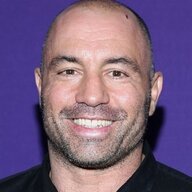 Offline
After watching the playoffs I didn&#8217;t realize how much parity there is in the NFL. I thought for sure the 49ers would steamroll the Falcons especially since Atlanta didn&#8217;t have that hard of a schedule. I noticed that the Ravens have an aging defense but held it together and made it to the superbowl. The Bronco&#8217;s don&#8217;t have great WR&#8217;s or TE&#8217;s can run the ball and have a good defense. The packers don&#8217;t have a defense but a great offense but can&#8217;t run the ball. Texans have a bad QB. Bengals are ok. Seahawks have a great team but lost their best defensive end in the playoffs, have a good QB, good run game, and good defense. Redskins were plagued by injuries and are up and coming. 49ers have a good defense, can run the ball effectively and pass the ball well. Patriots have a good offense with weak WR&#8217;s and a decent defense. Falcons have great wr&#8217;s, ok QB, good defense, but can&#8217;t run the ball or stop the run.

I was thinking what makes all these team successful, how does a saints team get back to a superbowl and is the 3-4 defense worth it. Listening to John Madden today he said the thing that defensive coordinators worry about the most is getting beat deep. You always want the plays to happen in front of you and not over the top. I know this is obvious and duh but I thought what team has the personnel to achieve this? Atlanta, 49ers, Ravens, Seattle, Redskins, Bengals, Packers, Detroit, and Saints. The Falcons, 49ers and Ravens are the studs at it though. Secondly how could a juggernaut like the 49ers struggle with Atlanta in the playoffs? Tony G made plays Julio and White made plays. They abused the 49ers in the 1st half. Matt Ryan all game had all day to throw. When Matt Ryan went over the top he got the plays. It was the 2nd half that Atlanta made all the errors. Ravens have Bolden and Jones. 49ers Crabtree, Moss, Davis.
The Saints have a good &#8220;hands&#8221; WR in Morgan. He attacks the football and I think he will have an even better year but we need one big, fast, strong WR to make us a force. Yes I know we are a great offense but to beat the 3-4 or any defense we have to pass protect and get guys deep to open up our underneath plays even more. Not having that presence makes us susceptible to physical defenses as the closing speed and big hits take their toll on us.

The 3-4 defense after reading about it made me go why do we have certain players on this team trying to play in a 4-3. Wilson, Smith, Hawthorne to name a few. I remember someone posting a clip of how hawthorne was reading a play like he was in the MLB position when he was playing SLB. Now we can have two strong LB&#8217;s who can tackle playing ILB. Will smith as a pass rusher is non-existent. I will enjoy our 3-4 pass rushing DE/LB packages We have Galette and Wilson to fill that role but I wouldn&#8217;t say that shouldn&#8217;t be priority #1. After watching Champ Bailey get abused as well as the bronco safety and, the 49er and Seahawks secondary get abused I thought &#8220;Hey, they look like the Saints defense.&#8221; If we don&#8217;t get a pass rush our secondary will look awful. We have Hicks Dt or DE, Bunkley DT, Jordan DE and ?? and I would say who ever will fill the ?? should be an impact player and we will have a serious defensive line.

If the Saints can get that great WR, sign Bushrod or FA, fix the DE/OLB position and hopefully get a SS or FS in FA/Draft we can be right back at the top. I think the absolute key is WR and DE/OLB. The 3-4 fits our personnel better and this will make us a superbowl contender.
OP
OP

Offline
Think we should get best WR or DE/OLB in first? 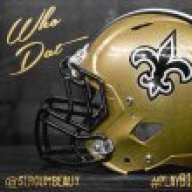 Offline
Brees threw for over 5,000 yds again, with a sometimes run game, sometimes shaky oline & too many drops. The drops can be worked on, and aside from Dev getting older, we don't have any slouches at the WR spot. Morgan will go into next year with more experience and we still don't know what Toon can do.

To me, there's no reason to draft anything but Dline with the first pick. I'd take a DT/DE/LB, where we need new players to run the 3-4.
OP
OP

4thqtrsaint said:
Brees threw for over 5,000 yds again, with a sometimes run game, sometimes shaky oline & too many drops. The drops can be worked on, and aside from Dev getting older, we don't have any slouches at the WR spot. Morgan will go into next year with more experience and we still don't know what Toon can do.

To me, there's no reason to draft anything but Dline with the first pick. I'd take a DT/DE/LB, where we need new players to run the 3-4.
Click to expand...

I think we need another WR burner. We didn't have a good 3rd Down conversion rate also Detroit almost had 5000 yards passing.

Superfan said:
I think we need another WR burner. We didn't have a good 3rd Down conversion rate also Detroit almost had 5000 yards passing.
Click to expand...

I think a lot of that was fixed later by running the ball more and more effectively.

We need to shore up the Defense. I think we have enough in place to keep that running and passing game strong.

Offline
really what we need to do, but it's very hard, is take the Best player, superstars and not worry about how they fit, make them fit.
Show hidden low quality content