Offline
A friend of mine, after negotiations, accepted a signed offer (contract) on her home this past Sunday. Today the buyer has pulled out of the deal stating that his wife decided that she didn't like the house.

Aside from the earnest money is there any further recourse for my friend? Does the 3 day buyer's remorse deal hold up here?

To top this off the buyer wanted to the deal to be in place by noon this past Sunday because the house was scheduled for an open-house from 2 - 4 on Sunday afternoon. The realtor is now getting in touch with the 15 potential buyers that came to the open-house. The house has not been shown since Sunday due to the contract where it was shown nearly every day prior to the contract being in place.

Online
It depends on what the contract said and what the laws are in that state. But, generally speaking, a contract to sell a house isn't worth much. The buyer can usually get out of the deal if they don't get financing and can pretty much chose to cancel the deal for any reason after the inspection.

I know that in LA there isn't much you can do. In fact, the "earnest" money that is paid is often times not really "earnest" money and is refundable to the potential buyer. It's also why real estate agents in LA tend to still show homes that are pending sale and list them as pending but showing. But, it depends largely on the terms of the actual contract. 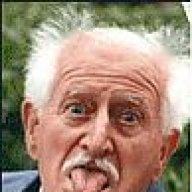 Offline
If the buyer was still in the inspection period, they can basically back out for any reason during that time period. After that, and the only way should be based on financing only...if your contract was written up properly.

Offline
You have to prove the cost of having it under contract. I'm pretty sure the 3 days didn't cost you much. Had it been a month or two I would understand your anger. If it were me I would give them a break and refund any deposits they paid.

Offline
My house has gone over 6 months without a showing, so he should be happy 15 others are in line

Offline
It turns out that she'll get the earnest money and the real estate company is calling back all of the open house visitors and scheduling another open house for this weekend.

Thanks for the info everyone.
Show hidden low quality content