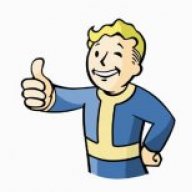 Offline
And Payton has earned the right to be given that time. That's not to say we can't be critical, there's much to criticize, but in no way shape or form do I think firing the guy would benefit the saints in the short or long term. It's a moot point anyway of course, Payton isn't going anywhere, but as far as fan opinion goes, here's a few things to think about:

Coaches have ups and downs. Mistakes happen, as do external factors that can't be controlled, and the general nature of the NFL and competitive sports almost ensures that there will be cycles of wins and losses. People want to say Patriots this or Belichick that, but look - not living up to the arguably greatest and most successful coach and franchise of all time is hardly a reasonable standard for measuring performance. Oh and by the way, let's not forget Belichick's record in Cleveland was a measly 36 - 44. Sometimes even the best have bad streaks. 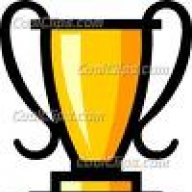 Offline
Fair points. The question is what is a reasonable time frame? To me, three seasons is a fair evaluation period. If you don't make your team into a playoff contender after three seasons, I think it's a fair question whether you should be retained. If you miss four years in a row I think that's clear grounds for termination. I think an aggravating factor can be if the same problem persists season after season, as, for example, it did with Les Miles's offensive scheme at LSU. Our defense has been rancid since the start of the 2014 season. Sure, we can point to injuries and fairness dictates you take that into consideration. But to be absolutely bottom of the barrel for the third straight year? If that trend hold through this season, I think you need some accountability above the coordinator level. Payton has a lot of goodwill in this city and with the organization. But any year you miss the playoffs is an unsuccessful campaign in my book. Missing three years in a row at the very least puts any HC on a short leash. Miss four years in a row and I think you should be replaced.

Offline
I agree that we really have not attempted an actual rebuild. At best, we have been rebuilding on the fly. However, it has been haphazard at best. We have not accumulated draft picks to bring in young talent, and have manipulated the cap by pushing significant cap hits into future seasons thereby reducing the ability to rebuild in those years. We have to ensure we do not invest in big high-risk FA signings again if we ever intend on rebuilding.

Offline
You cant rebuild with 35 million in dead money on the books, continuing to hand out bad contracts, continuing to push money into the future. The problem is weve don't all this mortgaging of the future and we are going to win 4 games, which is probably the same amount of games we would've won if we started a legit rebuild 2-3 years ago. Right now we are doing what can only be referred to as piddling, or jumping in the puddle.

Offline
It doesn't take 3 losing seasons to turn a team in the right direction, if you are making good decisions.

It takes longer than that if you are:
1. Getting rid of players that can still contribute at a high level.

We have wasted years of a HOF QB's career because of poor player evaluations, bad free agency moves, poor drafts and being stubborn about seriously improving 2 phases of the game (Defense and Special Teams).

Offline
Let let go Sproles and Jenkins, let's sign Byrd and Spiller. That's on Payton. If you are rebuilding, then why do we keep the same coaches that need to take a hike, especially Greg McMahon? And why do we trade up and instead of trade back? That's not rebuilding, that's not being very smart.

Offline
Funny, it took him one offseason when he came here.

More like, he was left with a mediocre defense, a few good pieces on the oline, hit the lottery in the draft and stumbled upon the best free agent signing in the history of the game.

We will be working on 48 games by the end of the season.

Great coaches with great QB's rarely have losing seasons, I don't know if they've ever had back to back losers and can't think of any that had 3 straight. Every single instance in which there were GOAT type QB's at the helm, it took incredibly bad defense to keep them out the playoffs.

Offline
It usually does take time, took the saints like 40 years to build a winner the first time, I think we are a lot closer than we used to be in the old days

bclemms said:
Great coaches with great QB's rarely have losing seasons, I don't know if they've ever had back to back losers and can't think of any that had 3 straight. Every single instance in which there were GOAT type QB's at the helm, it took incredibly bad defense to keep them out the playoffs.
Click to expand...

Well, we've had that covered.

Offline
I will absolutely give Payton and Allen the benefit of the doubt this year on defense due to the extraordinary number of injuries to virtually half of our defensive group. I will NOT give them any benefit of the doubt on the recent poor drafts and the FA mistakes. Our record in those two areas are pitiful and probably the root cause of a team lacking talent and depth across the roster. 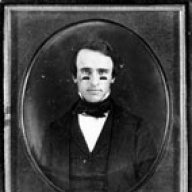 Offline
There is no way Bill Cowher or Lovie Smith would have let the same putrid defense on the field for three straight years. It's uncanny how the Saints can be this consistently bad at 2 phases of the game, and so consistently exceptional at one. All they need is an average defense and they are a playoff contender - at the very least. A competent staff could build that in one offseason.

I know you're trying to rationalize why the Saints are terrible, but please acknowledge how historically bad our defenses have been. It truly defies all comparison or explanation. It's so horrendous, Cowher and Smith shouldn't even be considered a metric. It is truly unprecedented.

SaintsJunkie said:
It usually does take time, took the saints like 40 years to build a winner the first time, I think we are a lot closer than we used to be in the old days
Click to expand...

I think I may be wrong but under Benson's ownership the Saints only had sub 7 win seasons during Dikta's three years and the Katrina Year.

Offline
I think most Saints fans will admit that there has been a steadily clicking clock since the Saints hoisted the Lombardi Trophy in Miami. Everyone realized that Drew Brees was the guy who was most likely going to bring the franchise it's second world championship and so the idea was to get whatever piece was missing while he still had the physical ability to lead us to the post season. We took out several mortgages in order to bring in (or attain) some guys who had the resume' to fill those needs.

But the plan(s) backfired when along with the fat wallets came significant drops in the performances of those 'key' players. Rather than take a chance on developing some eager young kid out of college, we kept thinking the next high priced free agent with some previous experience would slingshot us back to the promise land. Not only did the vast majority fall off the map regarding their play-making skills, but in the process their contracts made it impossible to to surround Brees with any depth of talent. That hole has been deep and it has cost us precious time trying to climb out while being unable to cut loose players who would never again be who they once were.

If there truly is a nucleus of raw talent that will come together as a winning team soon is both debatable and wishful as many of the fans see it. In the meantime, Drew is getting older and the hope of more glory days with him is fading quickly. Right now our defense looks like a smoldering train wreck and it's had to imaging that just a few new boxcars will make us look like a train once again. But we will be losing our diesel engine here before you know it and I just hope that he gets at least one more chance to blow that whistle.

Saint Jack said:
I think I may be wrong but under Benson's ownership the Saints only had sub 7 win seasons during Dikta's three years and the Katrina Year.
Click to expand...

I have been a Saints fan from the start, I don't distinguish between owners and coaches, but here is a list