Receivers Sanders and Thomas give the Saints the numbers, which is 'simple math' (1 Viewer) 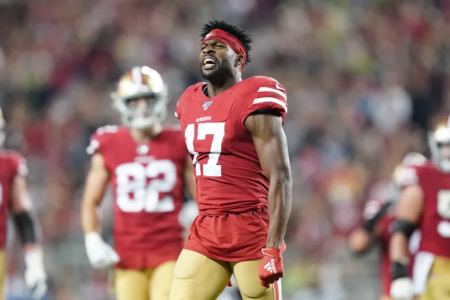 BATON ROUGE - The most important free agent goal of the New Orleans Saints last spring was a complement to wide receiver to Michael Thomas, who has been the NFL's best receiver, or close to it, since coming into the league in 2016.

They got their man on April 6 when 10-year veteran Emmanuel Sanders, formerly of San Francisco and Denver, signed for $16 million over two years. And then Sanders brought a friend - Bennie Fowler, a non-drafted free agent out of Michigan State in 2014 who has been released by four NFL teams in six years.

When Saints quarterback Drew Brees flew out to Denver to get to know and throw with Sanders last June, Sanders invited Fowler, whom he played with at Denver from 2014-17.

The New Drew Brees: He kicked one habit and wants to start a new one

"We worked for two days," Sanders said last week. "We were out there throwing routes, and I ended up bring Bennie Fowler along. And Drew ended up liking Bennie - the way he ran routes.". ...