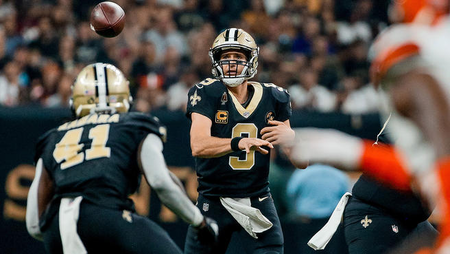 What will the Eagles be dealing with this weekend in New Orleans?

One of the hottest quarterbacks in NFL history.

One of the highest-scoring offenses in NFL history.

One of the most productive wide receivers in NFL history.

The Eagles, who fell to 4-5 Sunday with a home loss to the Cowboys, take on the hottest team in the NFL Sunday, the 8-1 Saints, winners of eight straight games. Kickoff at the Superdome is scheduled for 4:25 p.m. EST.

Here's a look at what the Eagles are up against:

• The Saints have scored 331 points, sixth-most in NFL history after nine games. That’s 15 more points per game than the Eagles have scored this year.

• The Saints are averaging 37.3 points at home, which puts them on pace for the fifth-most points in NFL history at home. The Saints set the record of 41.1 in 2011.