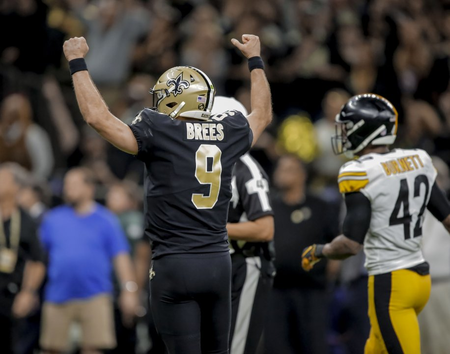 PFF’s ReFocused series this season features immediate takeaways and a key to the victory from two Senior Analysts who graded the performance, watching every player on every play of the game. For more data and analysis from the game, utilize our Premium Stats 2.0 dashboard to expand your knowledge on the key players, signature stats and much more. ...

The Saints’ pass-rush struggled to get home in this one. Big Ben was only under pressure on 14 of his 54 dropbacks and even when he was, they often left the door open for him to make plays outside the pocket.

The Saints’ plan for double teams on Antonio Brown was often to push an underneath zone defender his way, but they continually got lost on their landmarks and ceded too many easy first downs.