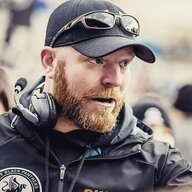 Offline
I thought I'd give a little insight to the technical side of this. I play runningback and coach the position in the IAFL, and while I'm not in the NFL I can see Reggie's primary issues.

A few weeks back, one of the NFL-breakdown shows had a piece on why Tiki Barber was a great runner and why the Giants were able to attack the perimeter of defenses in the running game effectively by doing so in a downhole fashion. It's similar to what the Saints TRY to do with Reggie: attacking the perimeter in the running game. Problem is, Reggie is sticking to being an east-west runner.

What does that mean? It means he's not getting "downhill" (not running toward the end zone with momentum). Some runners rely on their speed and think they can outrun defenders to the edge on every play. They end up just running out of bounds. Bush could have done this with success in college but there are not inferior athletes in the NFL.

What Reggie needs to learn to do--either through coaching or on his own--is to get back to running with patience. On those outside runs, he has to stay behind his blocks and press the hole. What does that mean? Pressing the hole is a way of bouncing a play outside effectively and keeping things downhill. As a runner, you stay on the inside hip of your blockers (usually lead blockers, whether it's a pulling guard or fullback or both). So on an outside run, the runningback is going to fit himself between the numbers of the seal-off block and kick-out/lead block.

Now the impatient runner who is more of a power back might do the opposite of Reggie and just hit the inside hole. What happens? Well, he may break a tackle and get a few yards, but the outside contain guy can now close on him and the blockers are not allowed to fully engage the defenders. You don't have the one-on-one matchup between the runner and defender in space.

So what SHOULD the runner do. Well, like I said, you PRESS the whole. You quare to it, and literally press it, moving toward the hole on pace w/ your blockers. You make the containment and the filling defenders hesitate. A runner has to have good vision for this, because once your read commits (on an outside run, usually the contain man), you hit your hole. If he jumps inside, you bounce outside of the block and alot of times your leadblocker is able to take out two defenders by knocking the contain man into the filler, and now it's up to the runner to outrun backside pursuit or beat a deep safety.

Or, the contain man does what he is taught to do, he'll maintain outside leverage on the blocker. Either way, he's now blocked. You hit inside and if you pressed the hole properly, you have a lot of space to operate in. My tendency is to hit inside then cut toward the perimeter. This way, the defender isn't square on you and you give him a good stiff arm and your free. A runner like Reggie my make a similar move but just turn on the jets and leave teh defender grasping at nothing.

The bottom line is that Reggie is not running with patience on the outside runs. He needs to set up his blocks, press the inside and outside gaps, and set the defenders up to miss instead of just trying to outrun them. Hopefully the more carries he gets the better he'll become. I do have to wonder, however, what the RB coach is doing.
Last edited: Oct 30, 2006

Offline
Your last question was a mouthfull 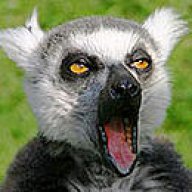 Online
I have to wonder why we don't run draws with Reggie. More than not when you run a draw if you get daylight it's a pretty sizeable hole. To me, this would, at the very least, get him some confidence in his running game, which has to be lacking at this point.

I also have to wonder if neither back getting into a rythym because of the alternating role they are implementing is hurting both backs. Oh yeah, our OL is not opening any holes either........

TCUDan said:
I do have to wonder, however, what the RB coach is doing.
Click to expand...

Good question. Maybe Reggie just reverts back to the way he's always done it when he's in game situations. It's gonna take some time for him to learn how to be a RB at this level. Up to now he's gotten by on just being the best guy on the field at any given time. He'll learn, whether the RB coach is doing his job or not.

Offline
I'd like to see more FB in the backfield instead of all these single back running plays.

I posted earlier my feelings on what is the problem on another thread:

To me, there are two kinds of problems:

- One is related to Reggie, and is based on patience as Dan clearly explained. Reggie is on the beginning of a tough learning curve.

- The other one is perception, and it concern us as public. We have to understand that Reggie is learning the NFL game and it will take time, more than a season to fully understand and burst with the same success he had in college.

Dan compares Reggie to Tiki Barber, a perfect comparison. On the other thread he is also compared to Warrick Dunn and Clinton Portis.

We should not forget that it took Tiki some time to develop his game, I considered he started to be the running back he is now until his third year. It also took some time for Warrick Dunn. Clinton Portis was succesful since day one, but we have to considered he was in Denver. When moved to Washington, Portis looked bad during his first year on the new system, he got into grove until the end of the season.

So considering the evolution of our offensive line and the development of Reggie, I do think we will not constantly see him putting big numbers until next year. That does not mean that he will be able to have big plays this season. It only means that for a type of runner like Reggie, it will take more time to develop.
Last edited: Oct 30, 2006
OP

Offline
If you think about it, the reason why RBs from the mid-late rounds can have such successful careers so early, and the reason why so many early round picks are busts (Ron Dayne, Thomas Jones (early), and countless others) is for this reason. Mid-late round picks usually last that late because they didn't have the physical ability of the early picks. Pretty much every college team has a 1,000 yard bell-cow runner. But it's the RBs w/ that are the biggest, fastest, and had the best o-line that go first. Yet, when they get to the pros, they rely too much on their physical ability and fall to the wayside.

I'm by no means calling Reggie a bust. Even if he only develops into a marginally effective runner, the threat he poses in every other facet of the game will give him a successful career. But I firmly believe he'll fulfill his potential. Just this is going to be a slow year for him as a runner. It's going to take alot of film, some training, and an adjustment in running style before he becomes the runner he should be.

I will say that these facts serve as a cold reminder of how speed and quickness are so secondary to intangibles such as vision and patience. Reggie's unmatched physical ability won't be able to take over in the running game until he shakes his bad habits and gets back to doing these things.

Also, I think he may be making the young running back mistake of watching the d-line when he runs, when he should be focusing on the second level to make his reads. But it is hard not to watch the d-line when they are beating up on the offensive line.

I'll tell you one thing: I can't wait until he gets it all together, and I truly believe he will (and then he'll be one exciting player!).

Offline
Dan, I feel like he's a bit of a victim of his own hype.

I think it's true that he was dancing too much early in the season, and was too hesitant. But I thought he displayed good vision. Now it's like he's been told to hit the hole faster and get downfield--and he's missed some great lanes.

It just seems that everyone is throwing the bust word around because they expected him to set the league on fire, and re-define the position. We hear that about some player almost every other year, and it never turns out to be true anymore. The closest thing we've seen to that is Randy Moss, and even he's been proven to be mortal.
OP

Offline
I haven't heard the bust word too much, fortunately. I think most people who know football recognize the effect that he has on a defense as a decoy, and how dangerous he is.

I think, mentally, the biggest thing that Reggie has to overcome is frustration.

Offline
Great post Dan.
As much as Reggie needs to learn patience (and he does), most of us as fans need to have just as much patience with him. You also have to remember that the reason we were able to draft him is because we stunk last year. Even though we've retooled the OL, this OL is very young with actual playing experience. I think as this OL matures and Reggie matures, he's going to do great things.

Offline
That's an awesome post Dan.. I was thinking the same thing, but I'm clearly not as educated on it as you are and I really enjoyed reading that post.

Offline
I didn't see it on TV yet, but was the fumble Drew or Reggie's fault? I thought Reggie ran TOO fast to the handoff and caused the fumble.

Offline
Bring in Marshall Faulk to coach him. He is from the area and loves what the Saints are doing and loves Reggie. He can teach him a lot.

Offline
Oh, by the way Dan, great post. Bringing Tiki up is a great example of how Reggie needs to learn to run.
Show hidden low quality content