Rematches of Rams-Saints, Patriots-Chiefs among contenders for 2019 season opener (1 Viewer) 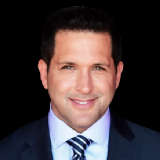 The NFL's regular-season opener in 2019 could well be a conference championship game rematch, no matter what happens in Super Bowl LIII.

There also are other options for the NFL to consider -- the Seahawks and Bears as potential opponents for the Rams, and the Steelers, Cowboys and Browns for the Patriots.

But a conference championship game rematch would be among the favorites to be played to open the 2019 season, depending on what happens Sunday. ...