Remi Ayodele denies bounty and goes OFF on Hargrove (1 Viewer)

Offline
Frankly, the only bounty I care about any more is the absorbent kind... 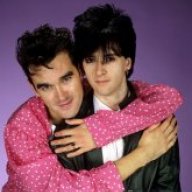 Offline
This is just sad to me. I wish these two former teamates could look back on that year with satisfaction. Instead Goodell has turned this into a mud slinging contest.

Offline
Honestly, Shame on Hargrove in this situation. His name was cleared in all this mess. Granted it will not bring back the year missed due to being cut with an 8 game suspension looming. But he has a pretty good case to go after the NFL ala Vilma. He really was railroaded. But to then turn around and do the exact same thing Goodell did and point the finger at Remi is a low move.

I really like both of these guys, but come on. Let this thing die like the rest of the 2012 season. Stuff like this is not gonna help Hargrove get an NFL job, if he had anything left a team would be all over him. Lenoard Little and Donte Stallworth killed people in their cars driving drunk, Talib fired shots at someone trying to kill him, Pacman is still in this league after his entourage shot up a strip club he was kicked out of for slamming a strippers head against a stage. Ray Lewis is a glorified NFL hero after covering up a double murder committed by his entourage. The list goes on.

Bottom line is if he had anything to offer a team, he would be on a roster. He was railroaded last year, and I do believe he got cut from the packers because he was gonna be gone at least half the year. But that will not stop him from sticking on a roster this year if he can still go on Sundays.

We all need to move past this bounty thing. Time to put it to bed. I wish Hargrove the best of luck.

Mackenzie said:
This is just sad to me. I wish these two former teamates could look back on that year with satisfaction. Instead Goodell has turned this into a mud slinging contest.
Click to expand...

Yeah we are just going to have to win another SB and try to forget about all the bounty BS.

Offline
Man I just wish we could move on from this. 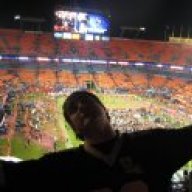 Offline
It's sad that there's a twitter spat and all, but I don't even care who said it anyway. It has never been proven, nor can it ever be proven, that whoever said it wasn't in a contract year and saying gimme my money after making a sack. Or something else entirely. It's just a comment picked up from a camera that was taken completely out of context and spin doctored by goodell's merry band of PR facists. End of story.

RaisingTheBar said:
Yeah we are just going to have to win another SB and try to forget about all the bounty BS.
Click to expand...

Even if we won the Superbowl again, we wont never get to forget about bounty gate bc it will still be brought up to try and discredit this organization, they wont ever let it die!