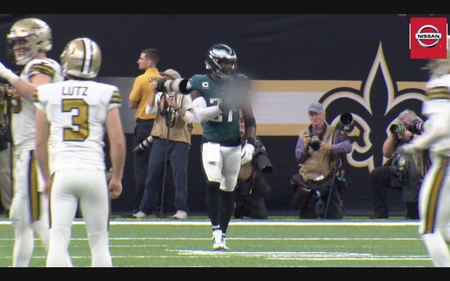 Photo - Provided to the Advocate

The competitive side of Philadelphia Eagles safety Malcolm Jenkins got some extra screen time Sunday afternoon after he was burned by New Orleans Saints running back Alvin Kamara for a touchdown in the Saints' blowout win.

The reason? Jenkins told NBC Sports Philadelphia's John Clark that it was nothing personal, and more so done out of frustration and his competitive nature. Jenkins also insisted he and Payton talked after the game and everything was "all good."

"I'm a competitor," Jenkins said. "I love Sean to death. I know what type of guy and coach he is. That was more so personal between me and him.