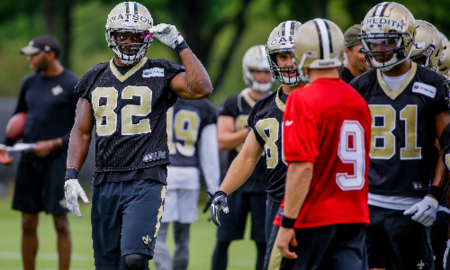 Former New Orleans Saints tight end Benjamin Watson exited the 2018 season with intentions to retire from the NFL, but he may feel like he has some gas left in the tank. Per Adam Schefter of ESPN, Watson is weighing his options and might consider one more year after his wife delivers their twins next week. If the right opportunity should open up, Watson may put his pads on one last time.

It’s easy to think that Watson isn’t satisfied with how things ended. He was held out of the 2018 NFC championship game after a scare with appendicitis; Watson stood on the sidelines, helpless, as the Saints were forced to go to untested youngsters Dan Arnold and Garrett Griffin in big moments. If he got another shot at winning a Super Bowl title, it would be more shocking if Watson wasn’t up for the chance.