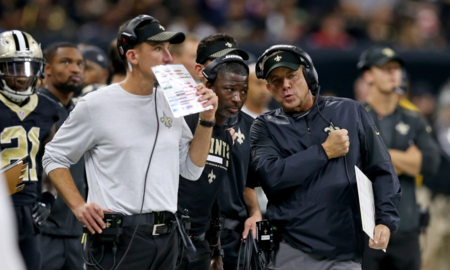 It almost looked like the New Orleans Saints would lose another important piece of their coaching staff, but for now, defensive backs coach Aaron Glenn will remain in black and gold. The team already lost linebackers coach Mike Nolan to the Dallas Cowboys (where he’ll work as defensive coordinator beneath head coach Mike McCarthy), so this is some good news for Saints fans.

Glenn was one of two candidates reported to be considered for the open defensive coordinator job under first-year Giants head coach Joe Judge, along with Miami Dolphins coordinator Patrick Graham (who worked alongside Judge previously with the New England Patriots). However, Glenn will not even get to interview for the position.