Report: Marcus Davenport's year is over with foot injury (1 Viewer) 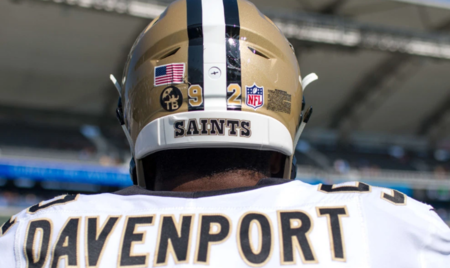 Disaster struck the New Orleans Saints defense on Tuesday, with NFL Network’s Tom Pelissero and Ian Rapoport reporting that starting defensive end Marcus Davenport is expected to go under the knife to repair a ‘significant’ foot injury that will end his season. Davenport suffered the injury in Sunday’s loss to the San Francisco 49ers. An earlier report from The Athletic’s Nick Underhill confirmed Davenport was dealing with a foot injury, but the severity was unclear at the time.

It’s a huge loss for the Saints, who invested two first-round draft picks in Davenport last season. He was really coming along in his second year with the team and currently ranks second-best in both sacks (6) and quarterback hits (16), with three sacks in his last three games. He had played 534 snaps on defense and made 76 appearances on special teams in 2019.

Foot issues have been a problem for Davenport early in his NFL career. He suffered a grade three turf toe injury last year, which cost him three games and required corrective surgery after the season ended. The nature and exact significance of his current injury is unknown, and it could be a day or two before the Saints release any new information. Saints coach Sean Payton is notoriously tight-lipped with player medical details. ...