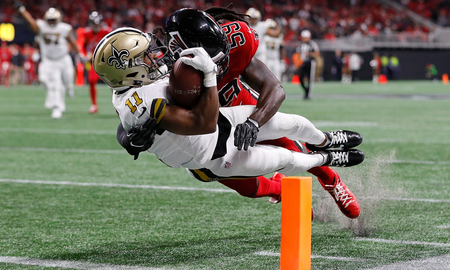 The New Orleans Saints have activated wide receiver Tommylee Lewis from injured reserve, per a report from Field Yates of ESPN. He’s eligible to play on Thursday night against the Atlanta Falcons.

The corresponding roster move to Lewis’ return is the waiving of reserve offensive lineman Chaz Green, who signed with the team about a month ago after starting his NFL career with the Dallas Cowboys. Green was inactive for every game since and never took a snap for New Orleans. ...

Yesterday at 2:49 PM
Dan in Lafayette