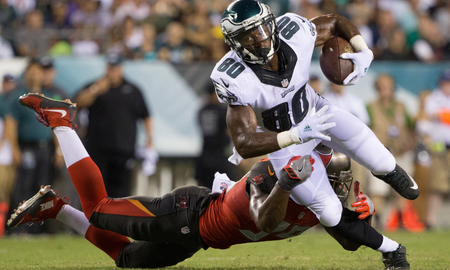 Once again, J.T. Barrett is the subject of a transaction in New Orleans.

The team cut the rookie quarterback from their practice squad and signed wide receiver Paul Turner to the unit, according to a report from The Advocate.

This marks the 12th time the Saints have parted ways with Barrett and the 24th transaction overall involving the team and the player since he joined the franchise on May 1.

After initially signed in May, he was also waived at the end of August.

Undrafted from Louisiana Tech two years ago, Turner originally signed with the Philadelphia Eagles, who eventually consigned him to their practice squad before waiving him on Sept. 1, 2017.

Exactly one year ago, Turner signed a reserve futures contract with the Saints organization before he was ultimately waived the following June. He signed up with New England a month later and was waived by that team on Aug. 31, shortly before the beginning of the regular season. ...