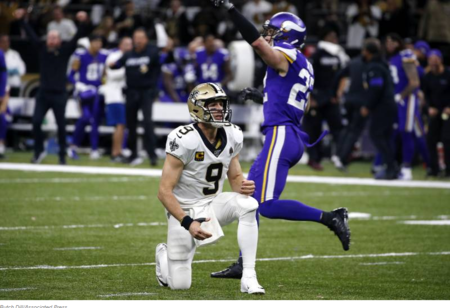 If Drew Brees retires, his next move could be to the broadcast booth.

ESPN's Adam Schefter reported "at least one non-ESPN network" has contacted Brees about a leap into broadcasting after his playing career. FOX, CBS and NBC are the other major networks that broadcast NFL games, though Schefter did not specify which network reached out.

Brees has refused to engage in discussions until he makes a decision about his playing career.