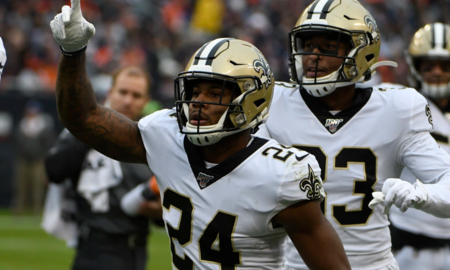 The New Orleans Saints signed Philadelphia Eagles free agent Malcolm Jenkins to a four-year, $32 million contract this week, but some Saints fans were left wondering, “Why?”

Jenkins was one of the top safeties available, but he’ll be replacing Vonn Bell, an up-and-comer who grew in popularity as the 2019 season ran on. Bell ended the year with the NFL’s most fumble recoveries, and his first career interception. More than one fan has asked why the money given to Jenkins couldn’t have been spent on Bell.

According to NewOrleans.Football’s Nick Underhill, the Saints made Bell a comparable offer, “around the neighborhood of $7.5 million per season,” before moving on to Jenkins, who agreed to terms on a deal averaging $8 million per season. It kind of feels like last year’s situation with Mark Ingram, in which a quick timetable forced the Saints to move onto their next option in Latavius Murray.