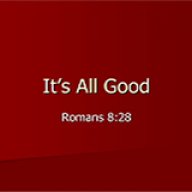 I've just joined this beta and have been pretty impressed so far.(beta through fileplanet.com) I know I'm breaking the NDA but there is a good reason, I don't care.

This is one fun game.

The game runs smooth as silk at 2560x1600 resolution on a vista 64. The game looks and runs better in beta than most mmorpg run at release!

1)the character movement is as polished as WOW. This is pretty spectacular for a beta. This game's character feel is better than 95% of the mmorpg's out there right now at the beta stage.

2)It's voilent, extremely voilent. The rag doll effects and death throws are pretty gruesome. Arguably the best death throws I've ever seen in a video game.

3)The game seems to take all the good parts of Hellgate london and WOW and combines them. It's just beta and things are kinda of shallow at this point but the game is fun and the UI is quite nice.

I'll be keeping my eye on this game at release. It's already so much better than most mmos right now and its just at the start of beta. It needs some work/polish(after all, it's beta), but the game has stellar potential. I've played so many betas that have been absolute garbage this is certainly refreshing.
Last edited: Feb 29, 2008
Show hidden low quality content