RexJet the troll coming back for more... (1 Viewer) 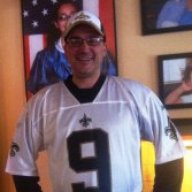 Offline
Thanks everyone for all your feedback and trash-talking it’s been a fun week.

You guys are really great - I almost feel bad we're going to beat you this week. almost

I've learned a few things here and want to clarify some other things:

1. ALOT of you took exception to my saying you guys haven’t beat anyone yet - that surprised me. (BTW, that is the word on the street around here). I know it's not our fault you played the Lions, and you really cant win against teams like that; if you win, you were supposed to, and if you lose
then you stink. The Eagles were a quality opponent no doubt, and no one puts up points on them like you did. And winning at Buffalo is not easy, I know we go there once a year. On our side, we had a half a chance vs. the Texans, no one gave us any chance against the Pats, and only a few thought we could beat the Titans. We're pretty proud of that. I think the thought here is that it is something we can look at that may be a weakness of yours, and with the odds we are up against we are looking for hope anywhere we can find it.

2. Many of you said that our victories included some luck in that our opponents had alot of dropped passes, bad throws, penalties, etc.. I think the opposite is true. This is the basis of our defensive scheme.
All we do is based on pressure, disrupting the timing of an offense. Sometimes, when you get the QB looking at the rush instead of downfield and the O line looking for where the blitz is coming from, all of a sudden you get bad passes, short-run routes, penalties, etc.. I don’t think all those mistakes made by our opponents are all just the luck of the draw.

3.Your crowd is going to be a huge factor - you guys opened my eyes to that - this may sound really dumb, but I tell you no one here is talking about that. I mean, we know it's a dome and all, but no way did I think the crowd noise is going to be as deafening as you say it is going to be. That was definitly an oversight. In our game vs the Pats, Rex gave the fans a game ball for the noise we made. The Pats had a number of false starts, and in the 4th had 2 consecutive delay of games (which was awesome) and that was Tom Brady there - Sanchez is going to be challenged for the first time in his career having to deal with this.

4. Some of you suggested going no huddle on O to slow down our blitz and limit substitutions - I don’t know about that. When we played the Pats, they did not huddle up the entire game. BB gave the position players play-by-number wristbands and had the coaches write the play number on a dry erase board that they held up on the sideline. It was pretty hot that day, and we were on the field for 67 plays, and well, you know how that turned out...

5. Don't read anything into our injury report, we just got fined $100k+ for failing to correctly report Favre’s injury last year, so we are going overboard right now - if you win, it wont be because we are hurt.

6. From what I am hearing, Drew Brees has become a mythical figure of Greek mythology over there, but the edge you have offensively against us is not Brees alone. It is your running game that will have to make the difference. The Texans and Patriots can throw it but not run, and Shaub and Brady were looking out their ear-holes all day. The Titans can run it but not threaten with the pass, and they didn’t fair much better against us. Your offense can score from anywhere on the field on the ground or through the air - that is the deadly combination that can defeat us.

This is our great challenge, and the reason we are so excited about this game. This is the greatest test we will face, maybe all year - and if you are a true competitor you want to be challenged and see how good you are.

On the road in a hostile environment vs. the most complete offense in the league that can also play defense, coming in with a hot-shot rookie quarterback and a bunch of crazies on D - I mean, does it get any better than this!!!!

Wow, I think I'm ready for kick off now

Peace and love my Saints friends

(sorry to start a new thread, but i am on a tablet and cant find my original) 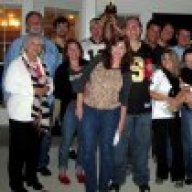 Offline
Monday's headline: Jets vs Saints - The plane has crashed into the mountain.
Saints 41 Jets 17

Offline
Actually refreshing to have a rival fan who is NOT a french fry short of a Happy Meal.

jessy said:
Monday's headline: Jets vs Saints - The plane has crashed into the mountain.
Saints 41 Jets 17
Click to expand...

ndcc said:
Actually refreshing to have a rival fan who is NOT a french fry short of a Happy Meal.

I agree. Competitive, but not ridiculous. Nice post OP.

Offline
The great thing about this game is that fans can say whatever they want. People ***** about us looking over teams, or putting too much into who we've beaten. The thing is, Payton and Williams aren't overlooking anybody. Payton is spending all night tweaking his offense, and GW is devising his evil plan. I feel ok about this game.

Offline
Thanks for coming, glad you enjoyed your stay.
Here's hoping you have a reason to return this season.
OP

diehard said:
Thanks for coming, glad you enjoyed your stay.
Here's hoping you have a reason to return this season.
Click to expand...

Win or lose, you guys should win the following 3 games after us. You guys will no doubt make the playoffs and have a good chance at getting a bye. (Btw you and Ravens IMO)

What's your avatar going to be when you come back after the Saints beat the Jets?

Offline
1. The reason we're so sensitive about that is that it's all we've been hearing on ESPN and other national media outlets. Sorry if we got a little stabby with you -- you couldn't have known. We feel like we've beaten quality opponents. The Lions are going to be better than people thought they would (they'd almost have to be

). The Eagles are a very good team -- Kolb has put up very good numbers and their defense is still formidable even without Jim Johnson. The Bills are hard to play at the Ralph and we completely shut their offense down.

2. I won't disagree with that. You often make your own luck. But you have to admit that you got a couple of gifts in the Titans game. That's not to take away from anything you guys do on special teams or defense.

3. Since we don't play that often, I can see why you wouldn't be aware that the Superdome is one of the noisiest places in the NFL. But it is...you'll see.

4. I don't know that we as a fan base are sold on the no-huddle idea either. I think we were split on that one and I personally don't think we'll do much of it except as a means to control the tempo of the game. We'll throw some no-huddle in like we always do but don't expect us to make a steady living off of it the way Buffalo does.

5. Ditto. I think the whole league is being a little extra careful with injury reports these days.

6. I agree that the running game will be key. I also expect that we'll be running some delays (Bush is particularly deadly on these) and screens to slow down your pass rush. We also like to run some end arounds but I don't if that will work against a 3-4 as well as it does a 4-3. I think we stretch the field early, then try to establish the run and if that works, it's GG. If it doesn't work, Payton and Brees will have to earn their money.

We're looking forward to the challenge as well. We're in a similar place as you: a team that appears to be significantly better than last year but still has questions. I think Sunday will answer a lot of those questions.

Mark Sanchez finally finds out what the term "home field advantage" means in the NFL. Unfortunately, he's on the wrong side of it.

I won't tell you good luck because I wouldn't mean it.

rexjet said:
Thanks everyone for all your feedback and trash-talking it’s been a fun week.

Wow, I think I'm ready for kick off now

Peace and love my Saints friends
Click to expand...

I too think this will be the biggest challenge that either team has seen this year so far.. 3-0 vs 3-0

Not being as 'technically' inclined as others on this message board.. I'm just hoping for a complete blow out.. with the saints scoring on every drive and the defense to shut you all out.. I've got an older brother who lives in Jersey, I'm hoping to call him during the game and be able to talk to some trash

Broadmoor74 said:
What's your avatar going to be when you come back after the Saints beat the Jets?
Click to expand...

If you win, I'll make one of your pics of Sanchez

If you win, I'll make one of your pics of Sanchez