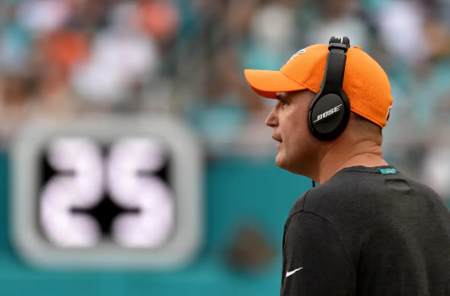 The Miami Dolphins changed head coaches in the last decade but not their special-teams coordinator. They had a good one and were smart enough to keep him.

Darren Rizzi stayed on in Miami through the Tony Sparano, Joe Philbin and Adam Gase regimes. Offense or defense may have been a problem over the years for the Dolphins but not the kicking game. Under Rizzi, the Dolphins finished in the Top 10 in special teams in five of his nine seasons. But when the Dolphins fired Gase after the 2018 season, Rizzi decided it was time to move on.

The Dolphins finished fourth in the NFL in special teams in Rizzi’s final season in 2018. His charges were even better in his first season with the New Orleans Saints.

The Saints finished first in the NFL special-teams rankings compiled annually by Rick Gosselin for the last 41 years. The league’s 32 teams are ranked in 22 kicking-game categories and assigned points according to their standing – one for best, 32 for worst. The Saints compiled 256 points to finish 23 ½ points better than the runnerup Cincinnati Bengals.