Rickey Jackson, Willie Roaf agree with everyone else: Saints 'got robbed!’ (1 Viewer) 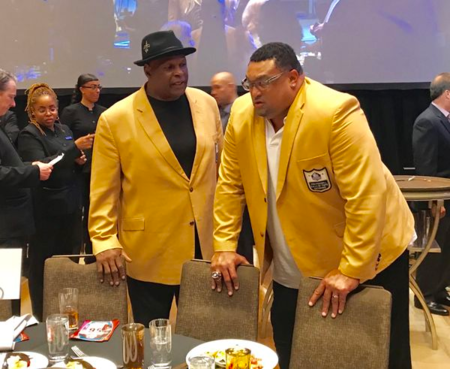 By Jeff Duncan, NOLA.com | The Times-Picayune

ATLANTA -- New Orleans Saints Hall of Famers Rickey Jackson and Willie Roaf are as upset as everyone else about the NOLA No-Call in the NFC Championship Game.

“We got robbed,” said Jackson at the Pro Football Hall of Fame’s Merlin Olsen Super Bowl luncheon on Friday. “I don’t know how they (the officials) missed it.”

Jackson, of course, was speaking of the controversial officiating gaffe which likely cost the Saints a chance to advance to Super Bowl LIII this weekend. After officials swallowed their whistles on the obvious pass interference penalty, the Saints settled for a field goal and the Los Angeles Rams rallied to win 26-23 in overtime.

Jackson, Roaf and Morten Andersen were three of the more than 65 Hall Famers in attendance at the event, which is held annually on the Friday before Super Bowl. ...