Right now, I believe the most overrated prospect on this board... (1 Viewer)

Offline
Sticky Post
is Kenny Phillips. I am prepared to discuss the issue. I think he's a top 20 talent, even top 15. And I would not upset if selected him at #10 depending on who else is on the board when we pick. But I think that some people are getting too carried away with the Ed Reed/Sean Taylor hybrid comparisons. I think some people are envisioning a guy with outstanding range who is fluid and can cover with the best of them. I think that when you see Phillips, you see a guy who is very good, but not great. Phillips, in many ways, plays his best ball inside the box sort of like the safeties we have on our team.

His strengths are that he flows to the ball well and can really hit. He rarely misses a tackle and does a great job defending the run. On the other hand, his weaknesses include being over-aggressive at times and he has shown the tendency to get beat over the top. While he is capable of defending a TE, he struggles with slot receivers and plays a bit stiff. He's not terrible in coverage, but it is just not his strength as some perceive it to be.

Overall, he's a good prospect and certainly a first round talent. I do not know that I would rate him in the same class as Taylor or Reed and I think that a guy like LaRon Landry also ranks higher as a prospect. I think a good comparison for Phillips might be Donte Whitner. Phillips tackles better, hits harder but Whitner may actually have more range as a safety. Again, he shouldn't disappoint you but he may not be as great as some believe him to be.
Click to expand...

Offline
the most overrated prospect on this board and in the draft is Laurinaitis. I have watched numerous LBs the past two years who are better yet don't get the hype or the press as JL does.

I have said it once and I will say it again. He isn't even the best LB on his team but that's just my opinion.

After watching numerous games of Connor and Lee from Penn State, Henderson from Maryland, Grant from Ohio State, Mauluaga from USC, etc... these are LBs who play the game in the back field and are well rounded. JL has the physical skills but just because he makes 18 tackles 5+ yards down the field doesn't make him a top ten pick.

no one knows until draft day when the teams start drafting but JL is far more overrated than Phillips and I guess we will all see when draft time rolls around and when the 08 season starts.

Online
I think it would be a reach to pick him at #10, I think guys on this board just want Bullocks replaced so bad that they would reach for a guy, ignoring obvious needs at LINEBACKER AND DEFENSIVE TACKLE!!!

meily said:
I think it would be a reach to pick him at #10, I think guys on this board just want Bullocks replaced so bad that they would reach for a guy, ignoring obvious needs at LINEBACKER AND DEFENSIVE TACKLE!!!
Click to expand... 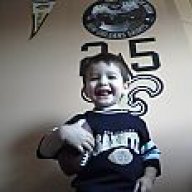 Beast said:
Yeah, uh, we bought that farm a few years ago.. Like DWD said, that was Josh Bullock's scouting report..
Click to expand...

so what if it is. So what if we thought Bullocks was going to be a beast. So were never supposed to draft a safety again because of Josh Bullocks? I say draft him. We need someone back there that can be an enforcer. Pretty much every decent D in the league has a guy back there keeping things on lock. Just look how much of a differance Adrian Wilson made to that D. When he went down the defense went to ish.

CitySaint said:
They are all overrated at the #10 slot to me. If Ellis is there I would take him but other than that I would trade down and get more picks. They just all seem like a reach to me at 10.
Click to expand...


I totally agree with you on this one...

How many spots would we have to drop back to get someone's second rounder too? 6? 8?

If so...we can drop back to mid first round, pick up a very good first rounder who isn't a reach (since I also think, other than Ellis, most of these guys are reaches) and have an extra second rounder to boot

Gideon said:
I totally agree with you on this one...

How many spots would we have to drop back to get someone's second rounder too? 6? 8?

If so...we can drop back to mid first round, pick up a very good first rounder who isn't a reach (since I also think, other than Ellis, most of these guys are reaches) and have an extra second rounder to boot
Click to expand...

If all these guys are reaches, then what team do you expect to trade up with us to take them?

Offline
Is every trade based on pure logic?

No...so while I may not rate Laurinaitis as worth #10 (contentious, but just putting it there as an example), someone else might...

Same goes for other teams trading up to get a position of need...such as we wouldn't be interested in Woodson, but someone 5-6 spots back might be, and it's likely Woodson would still be there at #10 (I don't see two QB's going in the first 9, and Ryan is probably ahead of Woodson)

Offline
You want to know why Kenny Phillips declared for this year's draft? Because if he waited until the 2009 draft, he'd be like the 4th rated Safety instead of the 1st.

If we want a good young FS, let's wait and draft one next year! The dude from USC or Myron Rolle from FSU are both better than Phillips.

Online
No promises these guys will be available when we pick... why not get our young star safety now?

Also... we compare him to Taylor (RIP) and Ed Reed, but hell if he could give us Laron Landry, or even Darren Sharper-type reliability... then take him dammit!

REALCHRISM said:
Also, consider that each team has certain needs they look to address.
Click to expand...

Every team except the Saints I guess.

Offline
There is not anyone else like Ed Reed. There's Ed Reed and then there is the next level of Safety in the NFL. Stop comparing people to Ed Reed.
Show hidden low quality content