Offline
Overheard at a bar in 2001: "It's like a cell-phone that you can get all of your email on. Wow! The future is happening!"

BLACKBERRY’S LONG, SLOW fade has reached an end point. The company announced Wednesday that it finally, officially would stop designing and producing its own smartphones. BlackBerry itself will live on as a software and services provider—which, good luck there, too—but its hardware days are kaput.

The reasons for BlackBerry’s hardware decline aren’t mysterious. The iPhone changed everything, and BlackBerry (then RIM) was too slow to change with it. It’s been years since the Waterloo-based former tech titan has released anything that resonated, despite a last-ditch embrace of Android.
Click to expand... 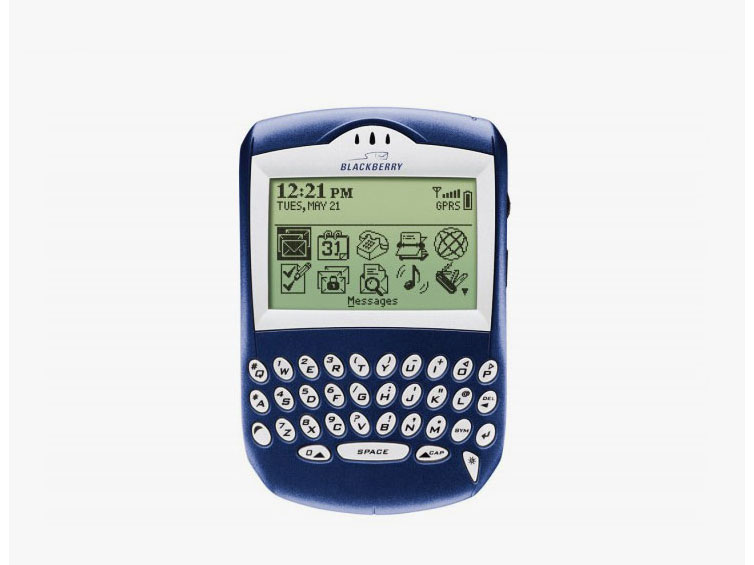 Offline
Boss just told me today I need to turn in my work blackberry. I've been more mad about this than I should be.

Offline
Thought this was a thread about Hillary Clinton when I saw the title.

Offline
Government still uses them heavily for security reasons. Wonder what they will go with now.

Offline
Even the VCR had a longer life.
OP

rajncajn said:
Government still uses them heavily for security reasons. Wonder what they will go with now.
Click to expand...

The feds I know have been switching to government-issued iPhones over the past couple of years.

superchuck500 said:
The feds I know have been switching to government-issued iPhones over the past couple of years.
Click to expand...

I actually still have one that I use daily. The "p" fell off though. So I've got that going for me, you know which is nice.
OP

crosswatt said:
I actually still have one that I use daily. The "p" fell off though. So I've got that going for me, you know which is nice.
Click to expand...

So you just avoid using p's?

There's some bad bathroom humor available here, but it's not gonna be me.

Offline
That hurts. I am iAlergic and I only had a choice between BB and iCrap... now I have no choice.

Offline
My wife bought herself a Blackberry Storm when it came out in 2008 (because Verizon didn't yet offer the iPhone). This is the one that Stephen Fry notoriously called "the Edsel of smartphones, an absolute smeller from top to bottom," and is often described as the worst new release in smartphone history. We still have it, in a drawer somewhere. Sometimes when we catch our son using his iPhone when he shouldn't be, we mock-threaten to take it away and give him the Storm instead, on the theory that he could still use it an emergency but not otherwise.

Telling people that I'm fissed at them really doesn't have the same impact...

Online
What a shame. Their new software is (was) nice. Can move files over wi-fi or carrier network without some 3rd party app. Yet not walled in by some overbearing ecosystem. Secure.

Offline
I saw this coming, which is why I switched to Windows Phone
Show hidden low quality content