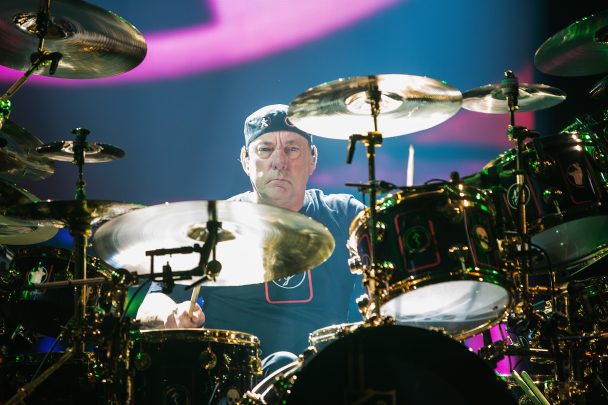 Neil Peart, the hugely influential drummer and primary lyricist for legendary prog-rock power trio Rush, is dead. The CBC has confirmed with Rush's publicist that Peart died in Santa Monica this past Tuesday, 1/7, due to complications from brain cancer. Peart was 67. In a statement on Facebook...

A legend among rock stars. His work was just mind boggling. Listening to him you thought he had 6 arms.

"Another genius has left the planet. Not enough can be said about the talent and influence of Neil Peart. As a musician he was unparalleled, blasting open huge doors into the realms of new percussive stratospheres. As a lyricist he was like the Ray Bradbury of rock, penning rhymes that evoke imagery both cerebral and tactile. As a friend he was a pensive, sharp-witted intellect whom I looked up to and admired greatly. I was very fortunate to have played with him, laughed with him and rode with him at excessive speeds in one of his many exotic vehicles. I'm still trying to fathom how greatly he will be missed."

Photo taken May 4, 1992, post-show in Rotterdam, NL.
The last date of the European leg of the Roll The Bones tour. I'd given Neal my fly fishing bandana after one of our backstage jams.
Click to expand... 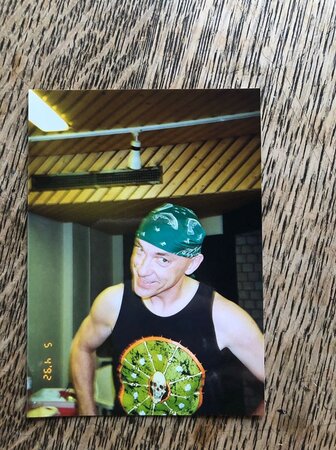 Offline
I just saw this. WHAT THE FORK?!

This guy is literally my idol. I played drums because of him. I studied damn near every note he played. And I still wasn’t good enough. This one forking hurts.

Online
I saw this vid years ago. It’s a 1989 live performance of YYZ in which Neil does a 3.5 min drum solo. The whole thing is great but if you want to see only the solo skip to about the 3:20 mark.

guidomerkinsrules said:
and of course Limelight starts as soon as I posted
Click to expand...

It's always been my favorite. Man I'm getting old

Oof. I hoped we’d be able to go 24 hours before having to see that.

But what’s awesome is the Moving Pictures videos that are just raw footage of them recording in 1980 in the snowed-in the Quebec mountains.

faceman said:
It's always been my favorite. Man I'm getting old

Online
When I was younger I liked to sing the chorus - now I much prefer to just do the “subdivisions” part.

Offline
RIP to one of the best drummers ever. It's a close argument for me between Peart, Bill Bruford, and Buddy Rich.

tenordas said:
RIP to one of the best drummers ever. It's a close argument for me between Peart, Bill Bruford, and Buddy Rich.

Gene Krupa is in this discussion also

Offline
Is it just me or do other people see Jean-Claude Van Damme playing the drums also?

superchuck500 said:
When I was younger I liked to sing the chorus - now I much prefer to just do the “subdivisions” part.
Click to expand...

I can still do a great karaoke of YYZ.

Offline
Damn, I'm sorry to hear this. Rush 2112 and Hemispheres blasting through the Jensen Tri-axials of the '71 Camaro or Altec 7 Series 2 in the dorm fueled many a literal and figurative trip in my high school and early college years. We saw the band 3 times in concert and they did not disappoint. It was only later I truly appreciated how gifted Neil Peart was as a drummer and lyricist.

Be well on your journey, and keep the beat going.
Show hidden low quality content