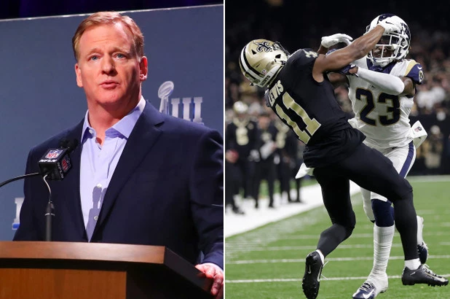 Attorney Antonio LeMon, who filed a lawsuit over the game that advanced the Rams to the Super Bowl, said he and league attorneys will pick a mutually agreeable date for depositions in New Orleans — barring any league appeals that might delay or cancel the questioning.

LeMon’s lawsuit seeks $75,000 in damages — to be donated to charity — over the failure to flag a pass interference or roughness penalty against Rams cornerback Nickell Robey-Coleman for his helmet-to-helmet hit on receiver Tommylee Lewis well before a pass arrived. The no-call came at a crucial point in the game against the New Orleans Saints. The Rams won and advanced to the Super Bowl. ...