Offline
If everybody who dissaproved of the Iraq war, and everybody who wanted to deport Illegal immigrants voted for Ron Paul instead of McCain (who wants 100 years in Iraq, and tried to get amnesty passed). If you assume the Iraq war and the deport them opinion goes together somewhat, there were probably 50,000 votes that could have swung Dr. Paul's way. Then we are talking about a completely different race. Ron Paul is the only one to blame for leaving those votes on the table.

Ron Paul should have finished 3rd or even 2nd. 35% of NH dissaproves of the Iraq war. 50% of that vote went to McCain. That is almost 40,000 votes. McCain has even said himself that he doesn't want to get out of the Iraq war because he would stay there for 100 years if necessary. Even if Ron Paul pulled half of those votes, he would have finished 3rd. Apparently the message isn't getting out.

50% of NH says to Deport all illegal Immigrants. 24% of them voted for McCain, that's another 27000 votes. McCain helped introduce the Amnesty bill.

People just don't know, and that is Ron Paul's fault. He needs to take that 20million and tell every person in American his plan to get out of Iraq, and why it is "honorable" and tell every person McCain is for Amnesty, and Huckabee is an illegal immigrants friend as well.
If people knew the message and we could sway the supposed 70% of America who is against the war. This is an entirely different election.

The other candidates will hit Guilani and Romney hard for their questionable character and flip flopping.

Spend the money and fling some mud, the message has to get out on this.

Offline
If the 47,000 people who voted for Edwards because they wanted "change" had actually voted for Obama, Hillary would have lost.

Offline
If every single man, woman and child (since we are playing what if children are allowed to vote) in Hew Hampshire would have gone to the polls, and if every one of them would have voted for Ron Paul instead of whoever they were gonna vote for, Ron Paul would have had 1,235,786 votes. 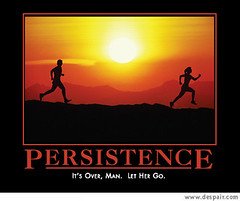 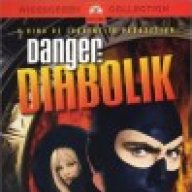 Offline
With this supposedly massive Ron Paul movement that is winning every single straw poll this year why did just only 17000+ vote for him? What is the deal here. He has over 20 million yet he cant garnish any support.Why?

Diabolik The Saint said:
With this supposedly massive Ron Paul movement that is winning every single straw poll this year why did just only 17000+ vote for him? What is the deal here. He has over 20 million yet he cant garnish any support.Why?
Click to expand...

Because his core group of 12 supporters keep voting over and over again.

You know, when I finally decided to put down the pipe, was when I took my first step into recovery.

Offline
I think Paul is in trouble now. New Hampshire was his best opportunity to get into double digits because they have a solid concentration of libertarians. Now im not sure he will win double digit support in any state.

Offline
ron paul is finished... and rightfully so.

Can we merge all the Ron Paul threads?

Can we merge all the Ron Paul threads?
Click to expand...

Only if there's a moderator with an extra couple of hours on his/her hands to do it. lol.
Show hidden low quality content