We can look at the above stats and say "Wow!" Riverboat Ron was the real deal. Well, if that's the case, we have to say the same about Dan Quinn, who put up equally impressive numbers a couple of years later with the Falclowns (minus consecutive division titles).

Consistency is the hallmark. Can we all say "Thank God for CSP?" 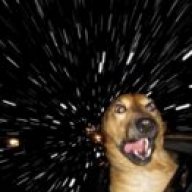 Saint Jack said:
If anyone cares, Rivera was the second most winningest coach in NFC South history after Payton. He was also the one with the second longest tenure after Payton. Again.
Click to expand...

Since the 2015 Super Bowl season, Rivera has a 29-31 record, including a 7-15 mark against the NFC South. I'm thinking this factored in heavily in the decision to let him go. I also think a change of scenery would do him a lot of good.

Offline
Can't lose to the Redskins, a team that wasn't even trying to win a football game.

That spoke volumes to the GM/Owner.

Strange stat to point out as it's not that much of an accomplishment.

Saint Jack said:
Dallas is gonna make a run for him ..
Click to expand...

I can SO see him in Dallas.

Offline
I really wasn't expecting this. After all he's done, he's proven he's a very good HC. He lost his QB this year, and the team parted with great players for them like Thomas Davis. I figured there would be some transition for them this year. Dang.
Show hidden low quality content