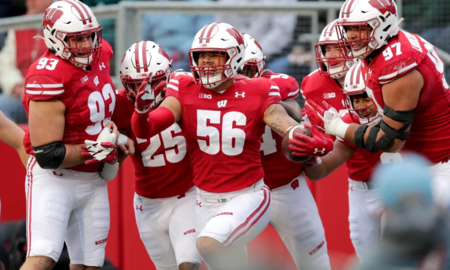 Zack Baun, the New Orleans Saints third-round draft pick out of Wisconsin, has again changed his jersey number. Having worn No. 56 for the Badgers, he didn’t have many options when he first went pro — initially picking No. 40, which is a terrible, no-good look for a linebacker.

However, he switched to No. 53 after some consideration. And that’s a fine choice; A.J. Klein wore it well for the Saints the last few years, and before that it was repped proudly by Ramon Humber, the special teams ace who endeared himself to fans as “the Humberjack.”

But when the Saints signed former Philadelphia Eagles linebacker Nigel Bradham, the rookie was quick to oblige the veteran. Baun gave Bradham No. 53, which Bradham used in previous stops with the Eagles and Buffalo Bills. ...