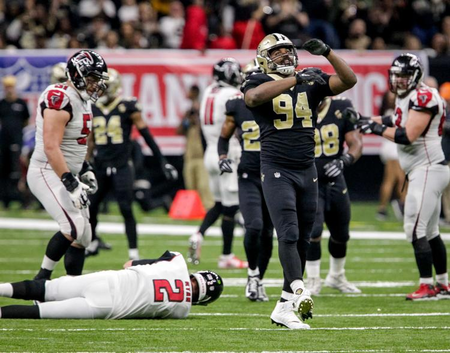 Cam Jordan didn't fire back with one of his usual quick-witted one-liners this time.

The mention of the name of the late Will Smith, whom Jordan tied for fourth on the Saints' all-time career sacks list Thursday night, briefly sent the usually entertaining Jordan into more serious interview mode.

"The big homie was there when I first got here, and he helped mentor me," Jordan said. "I looked up to the type of player he was at the time, being able to go to the Pro Bowl and the Super Bowl and have 60-something sacks. When you look at the goals of what it takes to be a pro, that was him."

He celebrated them both the same way he always does, moving his arms in a stacking motion, adding levels in the same way he is adding sacks to his already impressive resume.