This is an emotional game especially defensively. That emotion has worn off to some degree and we are being exposed. Our secondary is in dire straights.

We played with great emotion and great care in 5 of our first 6 games. It comes down to protecting the ball on offense and playing "just" good enough on defense.

So what will happen on Sunday? I don't know but I'll be watching from the comforts of my home here in California vs my home yesterday which was in the dome.

I'm hoping Drew will continue to be the leader he's been and he leads us to victory in the Georgia dome on Sunday.

Offline
There is no doubt that we need to win this one. We win our division games, I'm sure that we make the post season. We can do this.
A lot of us have been tough on the defense, and rightfully so. Our defensive showing against Pitt and Cincy was less than inspiring, but remember, both of these teams have very explosive offenses. I'd make a bet against anyone, that we win any game that we don't turn over the ball. Our offense pretty much unstoppable (when we don't stop ourselves). Don't turn the ball over, we win. Point blank.
Last comment... don't spaz out my fellow fans. All of a sudden we all feel as if it's 2002 again. I know the two game slide hurts, but it's week 12 and we're still very much in the NFC South mix. Gotta love that. Plus I took a peek at the ATL forum; those bums are ready to get rid of everyone on their squad. We are Saints fans. Nobody expects us to do anything, year in and year out. That New Year's Eve game will determine everything. I'm hurt, but we're still in great shape. 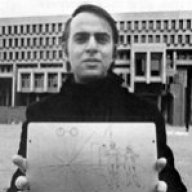 Offline
ive always viewed the six middle games as setting up the team for the last 5 and the playoff run.

go under .500 in the first 5, and the middle six become must wins. go over, or say 4-1 even, and you can use the mid 6 to really take control and make the post season as close to a cruise as possible.

which would make the last 5 all must wins to make the playoffs. 4-1 at the least without help from other teams, and i think this team is better than that and we shouldnt have to hope for help.

we shouldve beat cinci in the dome. that was a must win game in my eyes with the remaining schedule we have to face.

must win, yes. but its no time to panic. we stop giving up the ball i think we can keep score with anyone and win out.

Offline
Several people said the Bungles was a must-win. I didn't agree because they are an AFC opponent, but this IS a must-win if we're going to make the playoffs. We need to put a nail in the Roadkill's coffin and officially send them into the chaos of debating whetehr to bench Vick for the season. A win keeps us on pace for a showdown with Carolina for the division. A loss sends us into a slump that probably ends the season's hopes. That's my take. Let's pummle the Roadkill worse than Monday Night and reset our sights!!!!!!!
GEAUX SAINTS!!!!!!!
OP
OP

tenordas said:
A loss sends us into a slump that probably ends the season's hopes. GEAUX SAINTS!!!!!!!
Click to expand...

I'm kind of thinking that way myself. It's a lot of pressure with 6 games to go but that is the truth. A loss would be a serious skid. A win could get you back on track. It's been a long time since a game this late in the season meant this much.

Offline
Hopefully they will play like they did in the 2nd Tampa game. Come out and cruise. GO SAINTS!

Offline
This is the first true must-win of the year for us. 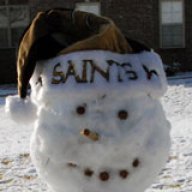 Offline
yes, this is the season. we are either a good team or not and we are going to find out sunday

Offline
A win would almost secure a playoff spot. If he win, we are 2 games ahead of the Falcons plus the tiebreaker (won both games against them). This means that Falcons in the final 5 games needs to record 3 more wins than us... that is not going to happen.
Finishing ahead of the Falcons should give a playoff spot. If we don't win the division, we would look very good for a WildCard spot. North and West should not get a WildCard, so second place in South should do it.


This is a playoff game folks. If we win, we are in the postseason. If we looses, it would be very, very hard.

Offline
Right now I'd agree somewhat with that. I want to stay away from playoff talk but... our road map is beat Atlanta, Washington, and San Fran and then be ready to play for all the marbles in the season finale. Pull out one against Dallas or NY along with some losses from Carolina and we can get the illustrious BYE. But way ahead of myself here. Beat Atlanta is always big. this week is huge. But my motto is "The biggest game of the season is always the next one!!"

Offline
No turnovers= win! Run Deuce in this game. He always plays well against Atl. We need to cut down on the passing some to help cut the turnover odds down. It also protects our defense on the road. I expect Atl. to come emotional for this one. They will have revenge on their minds after the butt kicking they received in week 3.
Last edited: Nov 23, 2006

Offline
this game is huge for both teams.

Atlanta goes below .500 or they keep playoff chances alive.

Offline
It's certainly a must-win for the Falcons.

Offline
This IS the biggest game of the year.

I really think we put a whipping on the Falcons. Beat Washington soundly, and jump up and suprise Big Bill and the Cowboys. I think Payton and several Saints have something to prove there. Word here in Dallas is that Payton had urged Parcells the last two years to give Romo a shot. I think if anyone can disect Romo and find his and the Cowboys weaknesses, its Payton and Gary Gibbs.

The game that I am starting to worry about is San Fran.

Botom line, I think we definitely will be in the Playoffs at 9-7 and have a great shot at beating Carolina for the Division title. Oh how I wish I could be in the dome for that!
Show hidden low quality content

My hopes vs my expectations for this season l