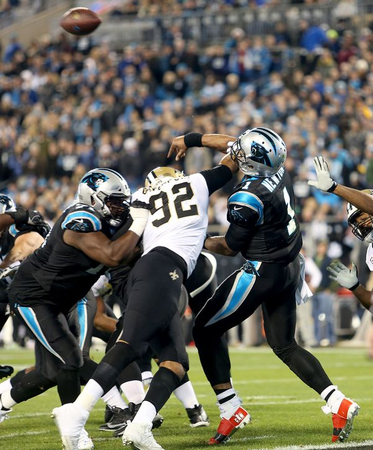 The New Orleans Saints' Marcus Davenport drew fine of $20,054 for a hit on Carolina Panthers quarterback Cam Newton and Andrus Peat drew a $10,026 fine for unnecessary roughness from Monday’s game at Carolina.

Davenport’s hit on Newton came on the third play of the Panthers' second possession in the first quarter. The 15-yard penalty put the Panthers near midfield, and they scored a touchdown soon after on a fourth-and-2 pass from Christian McCaffrey to former Saints tight end Chris Manhertz.

The roughness penalty on Peat came in the second quarter and set the Saints back to their 33 after a run by Mark Ingram put the Saints near midfield. ...