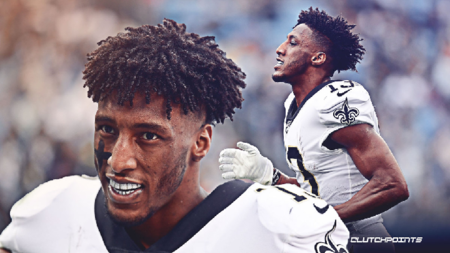 The new NFL CBA has officially been approved. Michael Thomas of the New Orleans Saints noticed. The CBA has been a point of contention for quite a few players, but it appears enough agreed on it to get the deal passed.

In that new deal, there will be a 17th regular-season game. This was one of the biggest issues players such as Michael Thomas had. It creates what they believe to be less safety. If they are playing more games, their bodies are more torn down and they have a higher risk of injury.

However, now it is the reality. Players will have to get used to 17-game seasons. And for some, that means the jokes are already going to fly. Michael Thomas, the superstar wide receiver of the New Orleans Saints weighed in, mentioning “load management”.